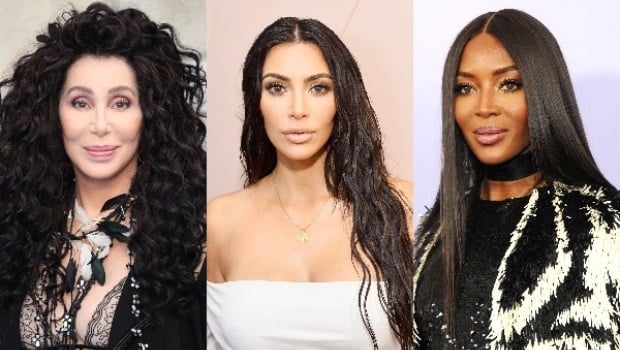 The three celebrities posed on motorcycles, rocking beehive hairdos, studded leather jackets and black leather boots in the retro-inspired shoot, according to Today.

Kim took to social media to share her excitement. “A whole cover with @Cher! Now you know Cher is my style icon of life so shooting this was a dream come true,” Kim said on her Instagram.

The 39-year-old TV personality and businesswoman twins with her fashion and beauty idols Naomi Campbell and Cher on three separate covers for the power-themed issue .

“My evolution on this is probably some combination of growing up, getting married, having kids, and my life being so different than what it was when I was starting out,” Kim says in the magazine.

“Now I feel like I have a duty to myself and to my children more than the public and I want to be a good role model for my kids.”

Cher (73) talked about her fiery Twitter account. “Sometimes I get my ass kicked on Twitter, but I still speak my mind,” she said. The vocal anti-Trump activist added, “I’m not a pacifist. Don’t f**k with me but also, I’m very gentle and very loving and I have a really good moral compass.”

The issue will hit shelves on 12 March.

Sources: Today, Instagram, Page Six
We live in a world where facts and fiction get blurred
In times of uncertainty you need journalism you can trust. For only R75 per month, you have access to a world of in-depth analyses, investigative journalism, top opinions and a range of features. Journalism strengthens democracy. Invest in the future today.
Subscribe to News24
Next on You
Lynne Spears breaks her silence: ‘Britney and her father’s relationship has dwindled to nothing but fear and hatred’