Cape Town - Kim Kardashian West went all out when it came to Christmas gifts last year.

The make-up mogul (38) revealed on Tuesday that she bought mini Louis Vuitton Speedy handbags for her daughters, North (5) and Chicago (11 months), and nieces Penelope (6), Dream (2), Stormi (11 months) and True (8 months).

daddy dropped off a new chair for stormi?????? and omg this girl threw the bag over her shoulder i can’t.

Kim said she picked out the high-end designer bags, which retail at an estimated $620 (R8 645) each, during a trip to Japan.

When one Twitter user noticed there were two bags in the pic that weren’t accounted for Kim said she kept one for herself and the other “for the future”.

Oh wait I kept one for myself and extras for the future lol https://t.co/7631Vwuhol

And that’s on top of the designer bags from Aunty Kiki. What a lucky bunch of kids! 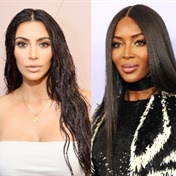