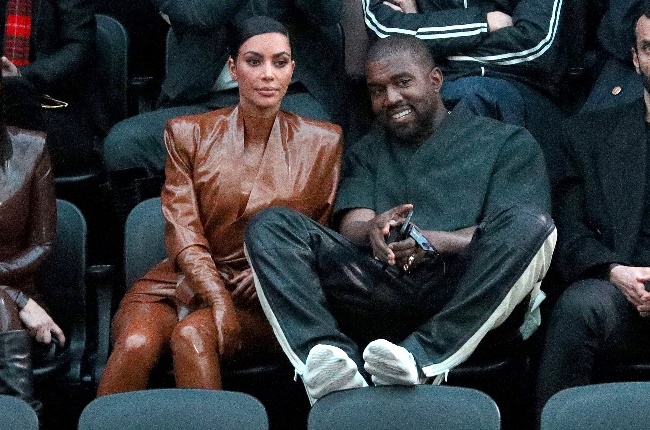 It seems Kim Kardashian is not having it!

The Keeping Up With The Kardashians star was apparently left in shock after the rapper made a personal revelation during his first presidential rally recently.

The 43-year-old rapper told the crowd that he and Kim, who have four kids, considered getting an abortion in 2013 when she fell pregnant with their first child, North, the Daily Mail reports.

“I almost killed my daughter,” an emotional Kanye revealed.

“I remember that my girlfriend called me screaming and crying, and I was just thinking, because at that time I was a rapper I was out there, [had] different girlfriends and everything . . .  and she said, 'I'm pregnant.' And I said, 'Yes!' And then I said, ‘Uh oh.'

“She was crying . . . and for one month and two months and three months, we talked about her not having this child. She had the pills in her hand,” he added.

But the Gold Digger rapper said a “message from God” helped change his mind.

But Kim isn’t happy with Kanye’s public statement. According to an insider, the business mogul is “furious” with her husband and worried that his actions may affect their children.

“Kim is shocked that Kanye spoke about North at the rally,” the source told People.

“She is furious that he shared something so private. The source adds that Kim’s main concern is how her husband's revelations about their private life may affect their four children.

“She loves her kids tremendously and wants to protect them. Her favourite thing in the world is being a mom.

“Things have broken down significantly between the two of them, and it’s happened pretty suddenly,” a second source added.

On Wednesday (22 July) Kanye took to Twitter to share another shocking detail, saying he’s been trying to divorce the 39-year-old, Fox News reports.

“I been trying to get divorced since Kim met with Meek at the Warldolf (sic) for prison reform,'' Kanye wrote in reference to rapper Meek Mill just minutes before deleting it. Kim and Meek attended a criminal justice reform summit at New York’s Waldorf Astoria hotel in November 2018.

We live in a world where facts and fiction get blurred
In times of uncertainty you need journalism you can trust. For 14 free days, you can have access to a world of in-depth analyses, investigative journalism, top opinions and a range of features. Journalism strengthens democracy. Invest in the future today. Thereafter you will be billed R75 per month. You can cancel anytime and if you cancel within 14 days you won't be billed.
Subscribe to News24
Next on You
Here's why Jane Fonda feels 'lucky' about her cancer diagnosis