Cape Town - First there was the singing, now it’s dancing. It seems Prince Harry might consider a career on stage if this whole royal thing doesn’t work out.

During his solo visit to the YMCA South Ealing in London on Wednesday, Prince Harry participated in a ballet class filled with four- to six-year-olds, Cosmopolitan reports.

In the adorable photos, the Duke of Sussex – who’s expecting his first child with wife Meghan in April – can be seen attempting to balance on one leg alongside the eager youngsters.

Harry paid a visit to YMCA as a part of his work with the campaign Heads Together to participate in a discussion about mental health, People reports.

"There continues to be huge progress in smashing the stigma that surrounds mental health, but let’s keep normalising the conversation," the prince said.

"Let’s keep reminding each other that it’s okay to not be okay, and to listen to each other.

"After all, how we think determines how we act, how we feel, and how we treat ourselves and those around us."

And with only weeks to go, Harry was clearly VERY broody! pic.twitter.com/tRv4l7q1GH

Meghan’s close pal Serena Williams recently said in an interview that she thinks the Duchess will take well to motherhood, E Online reports.

"She'll be the best mom, for sure," Serena said.

Share
Next on You
Where are they now: We catch up with Survivor season 6 winner Tom Swartz 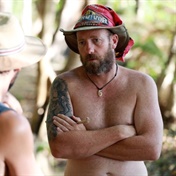