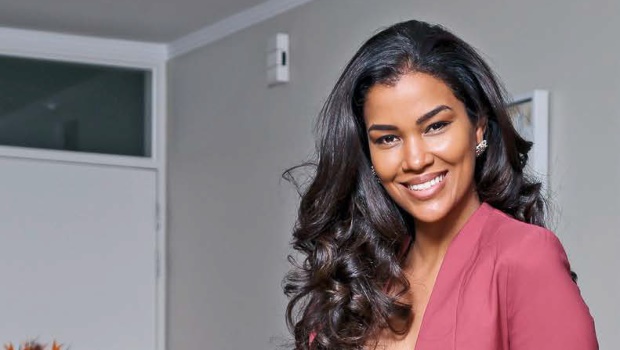 She was only seven years old when it started and it carried on for four more years.

Although deep down she knew it wasn’t her fault, she blamed herself for many years and kept her dark secret all to herself.

Her self-esteem took a knock and she battled with depression – but when she finally decided enough was enough, it changed everything.

Finding her voice and telling the nation she’s a survivor of sexual abuse is the single most important thing she’s done in her life, Sasha-Lee Olivier says.

And the 26-year-old beauty chose quite a platform to do so: the night of the Miss South Africa pageant, when she announced she’d be starting a new project to support survivors like herself.

Beauty with a Purpose, which launched recently, will highlight the plight of women and girls who’ve been sexually abused – and Sasha-Lee will be an advocate for the cause when she heads to London next month to take part in the Miss World contest.

As first runner-up to Miss South Africa, Zozibini Tunzi, Sasha-Lee will represent SA at the pageant while Zozi will attend the Miss Universe contest.

We meet Sasha-Lee at Zozi’s apartment in Central Square, Sandton, shortly after she heard she’d be heading to the UK for the pageant on 14 December.

“It hasn’t sunk in yet,” she says. “The fact that I’ll be carrying the name of the entire country with me is rather daunting – but it’s so exciting, given the cause I stand for.”

Whether or not she brings the crown home, she’ll make sure her voice is heard.

“I understand it’s not about individual recognition but the ability to serve and promote the cause you believe in.”

Sasha-Lee, who’s pursuing a double major in marketing and psychology at Wits University, has always dreamt of making an impact on the world stage.

“And now that it’s happening I still don’t know how to process it,” she says. “I mean, is this normal?”

Sasha-Lee knows the weight of the responsibility she carries as someone who’s passionate about helping sexual assault survivors.

“I understand what I’m fighting for.” She mustered the courage to open a case against her abuser only two years ago when she realised she couldn’t take a stand and be an advocate of women empowerment when she herself was living in fear.

“Then another journey of healing happened,” she says.

The purpose of her campaign is to break the silence and end the shame and fear survivors are often left with.

“I had to lead by example and start the conversation. I constantly need to recommit to telling my story because it’s not always easy. The mental health issues and the aftermath of the trauma are real.

“I’ve had to battle anxiety and depression but the dream [of one day helping others] pulled me through.”

Sasha-Lee doesn’t want to talk about the details of her abuse or say anything about her abuser.

Neither will she elaborate on the progress of the case she’s laid against him.

“It shouldn’t be about him,” she says. “It should be about the survivor.”

The part-time model says she felt empowered when she opened the case and now feels equipped to “go on that world stage”.

“And when someone reaches out to me and asks how I overcame it because they’re struggling, I tell them I’m still dealing with it. It’s a continuous thing.”

The packs include basic hygiene products, a teddy bear, some sweet treats and a personalised card assuring them the abuse is not their fault.

Until she took part in Miss SA, Sasha-Lee could usually be found in tracksuit pants and functional clothing, playing old video games.

But she knew the pageant could really “amplify” her cause and so, supported by her single mom, Blanche (49), she entered. “My mom is my biggest fan and when I found it hard to speak up she always reminded me what my goal was.

“She played a critical role in me coming out and telling my story because she was one of the first people I told many years ago about my abuse.”

Sasha-Lee is also close to her younger sisters, Savannah (23) and Maxine (12), and her four-year-old niece, Alexis, “who gets away with everything”.

“I never thought I’d be lenient with anyone but this one always gets what she wants!”

It’s been a watershed year for the Alberton-born beauty but there’ve been some bumps in the road too.

The Miss SA organisers came in for a roasting after Sasha-Lee and another contestant were described as “plus-sized” when they made the top 16.

Sasha-Lee was also drilled about calling herself “plus-sized” and what it did for the body positivity cause.

“I came into this pre-labelled. I didn’t say I was plus-sized.”

Plus-size is a modelling term, she explains. “Any size greater than 34 is considered plus-sized and I’m a size 36. But we all need to be body positive and that’s the message I hope to send out there.

“Previously our sizes weren’t celebrated and that’s not how it’s supposed to be.”

She hasn’t always embraced her curves, she adds – if she had, she would’ve joined the modelling world a long time ago.

“I’ve had a lot of rejection. It was always, ‘No, we just need you to lose some weight’.”

Being told she was too big added to her self-esteem issues and some people even criticised her for entering Miss SA.

“The human in you is going to doubt yourself. A lot of women can relate to it because we always feel we’re not good enough,” she says. “But now I know who I am.”

She no longer accepts no for an answer as she carves her destiny.

Sasha-Lee, who’s also an assistant teacher, started working at a school for children on the autism spectrum.

“I love Mondays,” she says, beaming. “Being a teacher is at the core of who I am.”

She dreams of developing and owning schools one day and teaching her young charges that moments of adversity don’t define anyone.

“I may have had difficult times in my past but they helped me to get to this point.”

Sasha-Lee has achieved many of her dreams and can’t wait to settle down one day and start a family. She’d love to have children of her own to nurture, teach and embolden.

But for now, she’s enjoying every gift the universe is sending her way. “I’m so happy and the reason for that is I’m present. For the first time in my life I feel like I’m living my purpose.”

We live in a world where facts and fiction get blurred
In times of uncertainty you need journalism you can trust. For only R75 per month, you have access to a world of in-depth analyses, investigative journalism, top opinions and a range of features. Journalism strengthens democracy. Invest in the future today.
Subscribe to News24
Next on You
‘I don't want to deprive her’: Ice-T’s wife Coco Austin on why she breastfeeds their 5-year-old