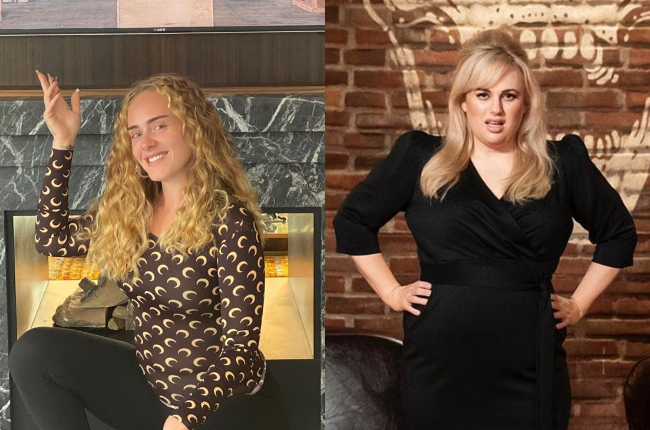 While we’ve been afforded time to reflect and work on ourselves during the lockdown, some of our favourite celebrities have been serving inspirational body transformations after putting in the hard work.

Take a look at some of the body transformations that have had tongues wagging on the internet.

If you’ve been lurking on Busiswa’s Instagram stories and timeline then you would’ve noticed she’s been exercising throughout the lockdown. The singer recently made an epic reveal in a tight black jumpsuit showcasing her new figure.

Talk about post-pregnancy body goals! After being probed by media personality Katlego Maboe to join in on the 21-day-challenge live on Expresso early January, Jamie-Lee told YOU that she’s fallen in love with her new healthier lifestyle and doesn’t intend on stopping any time soon.

Zoleka’s weight loss journey has been amazing to see as she’s been sharing her progress each step of the way. She went from weighing 87.6kg to recently revealing that she’s lost 17kg within five months since embarking on her journey. She also doesn’t shy away from showing off her six-pack either.

Speaking to DRUM Magazine in May this year, Boity vowed that she’s working on getting her body back after picking up some weight.

“People who say it’s ‘a little bit of weight gain’ are being kind – I’ve gained a lot of weight. It’s something I’m very insecure about. I even got rid of my scale when I saw how much weight I gained,” the actress said.

Since embarking on her weight loss journey, she’s shed 7kg and is determined to lose six more kilograms.

Adele’s weight loss took social media by storm. The singer recently had fans gushing over her 44kg weight loss in an Instagram post when she congratulated Beyoncé on her Black is King project.

Thank you Queen for always making us all feel so loved through your art ♥?♥?

Rebel Wilson declared 2020 as a “year of health” for her as she set a goal of losing 75kg by the end of the year. The Australian actress has been sharing her progress with her fans.

LAST ONE LAUGHING ( LOL) Australia is now out on Amazon Prime Video globally from today - features 10 of Australia’s funniest comedians competing NOT to laugh in my secret-experiment-comedy-bunker ...would you be able not to laugh under such pressure?? ?? Check it out this weekend and let me know what you guys think (ps rated MA 15+ cause it’s a ‘no rules’ competition so NOT a show for kids) x @lastonelaughingaus

We live in a world where facts and fiction get blurred
In times of uncertainty you need journalism you can trust. For 14 free days, you can have access to a world of in-depth analyses, investigative journalism, top opinions and a range of features. Journalism strengthens democracy. Invest in the future today. Thereafter you will be billed R75 per month. You can cancel anytime and if you cancel within 14 days you won't be billed.
Subscribe to News24
Related Links
Adele's drastic transformation has the internet buzzing
PICS: Rebel Wilson’s incredible weight-loss transformation
Rebel Wilson shows off her incredible 18kg weight loss – and says she was paid to ‘stay bigger’
Next on You
How Jamie Foxx convinced Cameron Diaz to come out of retirement after she walked away from Hollywood 8 years ago