Where are they now: We catch up with Survivor season 6 winner Tom Swartz His orthopaedic surgeon warned him the back injuries he sustained in an accident at work didn’t leave him fit enough to get through the competition.

But after he lost his job and stayed at a friend’s house without pay for a year, he looked to Survivor SA: Phillippines as a means of getting back on his feet.

Tom Swartz is in touch with nature and was out to prove that his outdoor survival skills could get him through 39 days on a remote island.

However, Tom did more than just that – he won the competition in 2018.

Tom wasn’t everyone's favourite but after a roller-coaster ride on the show, he was crowned winner of the sixth season of the series, walking away with R1 million in prize money as well as an electronic hamper from the show's sponsors.

YOU caught up with the 43-year-old to find out how his life has changed since winning the grand prize.

“I was going to buy a house that could never be taken away from me or my family because we’ve lost a house before and we’ve been on the streets before,” Tom tells us.

“That was one of the first things I did – I put a deposit on a house. We bought that house and live in that house until today.”

After securing the roof over their heads, Tom invested the rest of the money to have financial stability. Investing in cosmetic surgery for his wife is something he’s still looking to do, he adds.

“I invested the rest of the money so I get a very nice return. Between the house and the investments, that’s where the million rands went.

“I promised my wife that I would buy her new boobs. We haven’t yet but it’s most definitely still on the cards. I believe that’s an investment in our future,” Tom jokes

He’s now a salesperson for a machine industry company in the greater Port Elizabeth region.

Tom, however, still finds a thrill in the wild side of life and is working on sharing his passion through a show that showcases affordable and fun campsites.

And if we’re lucky, it could be hitting our small screens sometime soon.

“What we’ve been asked to do by a production house is to shoot five different locations then they’ll see if they want to air it . . .  so I’m very excited,” he said.

Tom believes Survivor SA was training him to be prepared for the coronavirus outbreak. He’s been handcrafting wooden crockery for friends and family to get him through these uncertain times and shares some tips he used during the show he believe could be helpful for people during lockdown.

TIP NO 1 Keep your mind

Although Tom was separated from his family – his wife Nicci, daughter Yasmin and son Dyllan – during Survivor, he took time to think about them and send good wishes during his moments of meditation.

“Covid has been a disaster for so many small companies and families and I understand that. But with the bad also comes the good. We’ve been able to spend time with our families – solid family time where we can discuss. Life becomes so busy, there’s Xbox, there’s WhatsApp, it becomes so busy that you can be distracted from all the important things. With Covid we’re stuck together, we have a family meal three times a day, which we’ve never had before . . .”

TIP NO 3 Connect to your deeper conscience

“Whatever you’ve decided is your religion, now’s the time to spend more time learning and acquiring knowledge. Read that book about positive thinking, focus and meditate on the things you want to change.” 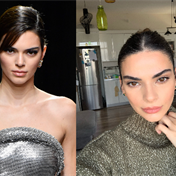