10 things you need to know about Barack Obama's new memoir The former president's memoir has been selling like hotcakes. Photo: Gallo Images/Getty Images

This is hands-down the most hotly anticipated release of the year - and the former president doesn't disappoint, revealing what it was like to live in the White House, his successes and failures, the strain his job placed on his marriage and how it felt to hand over to Donald Trump. We take a look at the book that has the whole world in a spin.

2.Their publisher, Penguin Random House, will probably be considering it money well spent. Within its first 24 hours on the shelves A Promised Land" sold nearly 890 000 copies in the US and Canada, putting it on track to become the top selling presidential memoir of all time.

3. It's the first of two volumes that Obama is due to write about his time in office and spans his late teens, his victory in the 2008 elections, and his first term in office up to the raid that resulted in the death of Osama bin Laden. It has not been announced when the second part will hit the shelves.

4. In the first instalment the 44th US president only mentions his successor, Donald Trump, in nine pages. He admits that it was hard handing over to "someone diametrically opposed to everything we stood for." You can bet he's going to have more to say about Trump in the next book.

5. In interviews he has revealed that the title of the first book reflects his hope for the United States and the country that it can be. ""Even though we may not get there in our lifetimes, even if we experience hardships and disappointments along the way, I still have faith we can create a more perfect union — not a perfect union, but a more perfect union," he said.

6. Speaking to Oprah about his new memoir, he said his presidency was relatively dull compared to the non-stop drama of the Trump years. “I think Michelle and I joke about the fact that one of the bigger scandals of my presidency was me wearing a tan suit during a press conference," he said.

7. In his interview with the talkshow queen, he also revealed the toll that his job took on his marriage. "I think a lot of couples understand and have experienced when you've got external stress and pressure that in some ways can simultaneously bring you closer together in a marriage, but it can also put strains on the marriage — and our marriage was no different," he admitted.

Basically, for eight years he was never able relax and give his wife his full attention. "The fact is that I had to work a lot. I didn't have a day off. Even when we're on vacation I'm still getting that presidential daily briefing. We can't do anything spontaneous. If I want to take Michelle out on a date, it involves potentially a week worth of planning, and you still have the press corps in a van right outside the restaurant. "

But he added that he and his wife were able to survive because of their ability to communicate with each other. "I'll tell you the thing I think we were good about was talking stuff through, never losing fundamental love and respect for each other and prioritizing our kids," he told O.

8. Michelle, whose own memoir Becoming debuted in 2018, selling more than 10 million copies worldwide, took to twitter to congratulate her husband for this "candid, reflective, and beautifully written memoir. "I can't wait for you all to read it!" she added.

9. This isn't Obama's first memoir. In Dreams of My Father, which he wrote in his early 30s, he recalled the struggles of his youth, while in The Audacity of Hope, published two years before he won the 2008 election, he called for a different kind of politics in America. Now in A Promised Land at the age of almost 60 he revisits the hopes and dreams of his younger days and shows how they panned out.

10. The audiobook version of his memoir, which he narrates himself, clocks in at an impressive 28 hours.

What the critics are saying
To read Barack Obama’s autobiography in the last, snarling days of Donald Trump is to stare into an abyss between two opposite ends of humanity, and wonder once again at how the same country came to choose two such disparate men. - Julian Borger, The Guardian


It is a surprisingly sad book. It could have been full of joy: Barack Obama is a supremely intelligent, accomplished man who won two terms as president. But A Promised Land is haunted by the ghost of Donald Trump. -Tim Stanley, The Telegraph


There is very little of what the best memoirs bring: true self-revelation. So much is still at a polished remove. It is as if, because he is leery of exaggerated emotion, emotion itself is tamped down. We do not get anywhere near a measure of what emotional or even intellectual price he has paid for the many malicious Republican roadblocks.  - Chimamanda Ngozi Adichie, New York Times 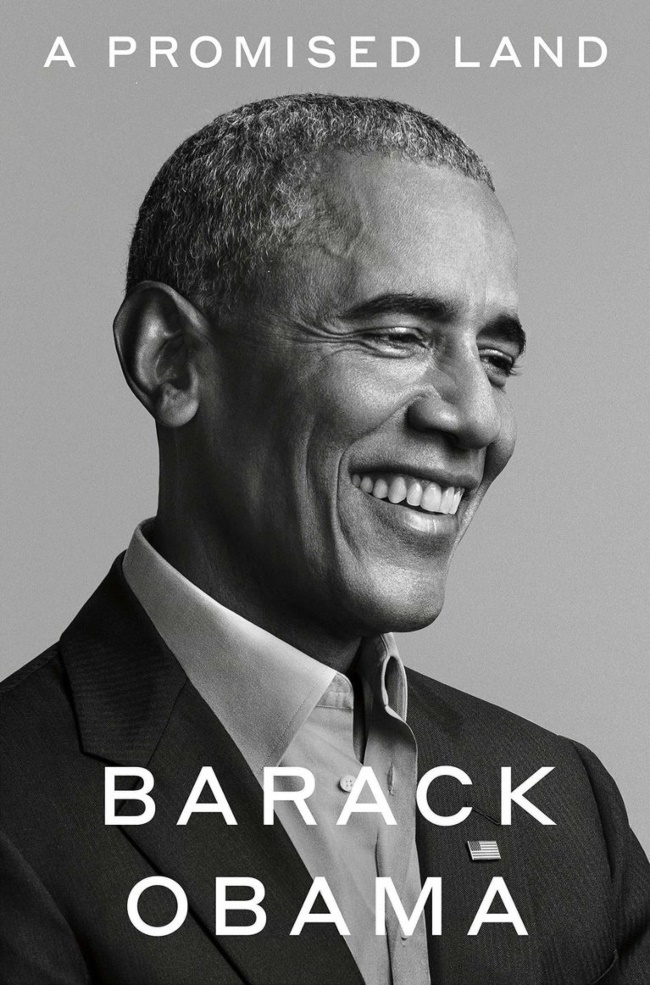 A Promised Land By Barack Obama Viking
We live in a world where facts and fiction get blurred
In times of uncertainty you need journalism you can trust. For 14 free days, you can have access to a world of in-depth analyses, investigative journalism, top opinions and a range of features. Journalism strengthens democracy. Invest in the future today. Thereafter you will be billed R75 per month. You can cancel anytime and if you cancel within 14 days you won't be billed.
Subscribe to News24
Related Links
You’re going to love it here! The sweet way the Bush family welcomed the Obama girls to the White...
‘There were times I wanted to push Barack out the window’ – Michelle Obama
Next on You
BOOK EXTRACT | Sara-Jayne Makwala King on why she checks into The Clinic every year rather than going on holiday