Investigative journalist Mnady Wiener chats to us about her book The Whistleblowers. (Photo: FELIX DLANGAMANDLA)

What would you do if you had inside info about a brazen act of corruption involving crooked politicians, dodgy bank accounts and millions being stolen? When it’s a hypothetical situation it’s easy to say you’d do the honourable thing and speak up but would you really if you knew that it could cost you everything – your career, reputation, home, financial stability or even your life?

That’s what makes Mandy Wiener’s new book, The Whistleblowers, so fascinating. It focuses on some brave people who stuck their necks out to expose corruption in South Africa and the huge toll it ended up taking on them.

“I wanted to shine a light on what happens to people who choose to speak up,” Mandy tells us.

We spoke to the award-winning investigative journalist. 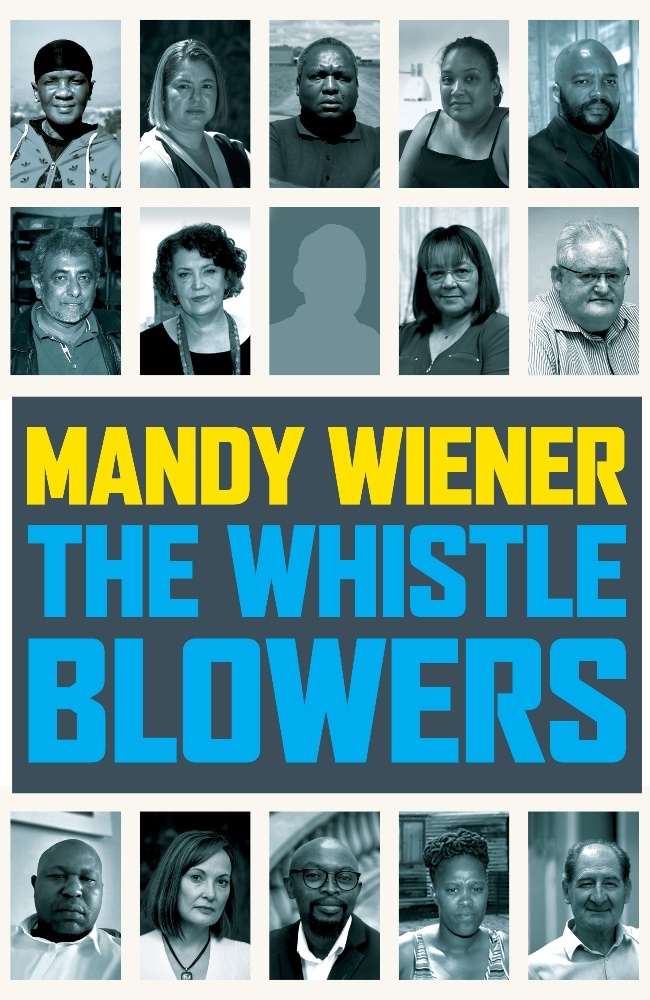 The Whistleblowers by Mandy Wiener.

What is the thing you uncovered while writing this book that shocked you the most?

The personal cost. I had no idea how dire it was and how deep the trauma runs for many of these individuals. I was shocked that those who should be celebrated and placed on a pedestal and applauded for their commitment to truth and justice and principle could be treated so badly by society.

How did you get the whistleblowers to confide in you?

I was very lucky that some of them had either heard of me or read some of my books but in other instances it was really a process of attrition and an exercise in patience. Many were reluctant to speak out again and place themselves in positions of vulnerability. I had to keep going back time and time again until they relented.

Every day brings a new story about corruption. Do you think South Africans are tired of reading about it and would rather bury their heads in the sand?

Yes, I think there is definitely an apathy that has developed. It’s much easier to just accept and ignore what is going on. We cannot become complacent, though, because then it will just be a free for all.

And with this book I think it’s important to point out that people may think they know these stories. They may have followed the Zondo Commission or read newspaper reports – but these stories are personal. They are raw and honest and expose so much of their souls.

Do you think we’ll ever see the people behind state capture brought to book?

Yes, I remain optimistic that this will still happen. It’s a mammoth task – untangling this spaghetti of state capture – but I do think eventually we’ll see prosecutions.

Have there been times in your career when you’ve received threats and felt frightened?

Far fewer than people would think! I have received a couple of relatively empty threats, so nothing to call the cops about but I have been frightened about how people will react to my reporting. Sometimes the most radical reaction comes from those you least expect, though.

You really get to see the dark underbelly of SA. What makes you spitting mad?

When elected officials take us for absolute fools I can get really angry. When there is a clear abuse of power. When the most vulnerable in society are pushed aside and taken advantage of. When those in public office behave with entitlement. That makes me mad.

And what gives you hope?

The great stories of South Africans acting with a generosity of spirit and patriotism. The stories of the whistleblowers who have sacrificed so much for this country give me hope.

A Traveller at the Gates of Wisdom A Traveller at the Gates of Wisdom by John Boyne.

This is a time-honoured tale of a boy’s journey into manhood. The unnamed narrator is a sensitive soul who grows up to be an artist much to the disappointment of his brutish father. He is horribly betrayed by a trusted cousin which leads him on a quest for revenge. So far, so conventional.

But John Boyne’s sprawling novel requires a little more than usual from his readers. The book is set over the course of a millennia and during the 50 chapters our hero and the people in his life are reincarnated in places as remote from each other as Iceland and Afghanistan. We manage to keep track of the narrative as the names of characters always begin with the same letter.

It takes a bit of getting into but eventually you are spirited along on Boyne’s big adventure. The intention clearly is to convey the universality of man’s experience. It all ends rather oddly with a bizarre chapter set in America on the eve of Trump’s election and then a sojourn into space.

I was left feeling a little disappointed.