We review: Jo Nesbo’s new thriller and a book about the Boks’ World Cup triumph THE KINGDOM by Jo Nesbo, THE BOOK OF LONGINGS by Sue Monk Kidd, MOONFLOWER MURDERS by Anthony Horowitz THE KINGDOM: By Jo Nesbo

Roy and Carl Opgard live on a mountain farm their father calls The Kingdom. After their parents die in a car accident, 15-year-old Roy takes over the running of the farm and looks after his younger brother.

A few years later Carl takes off for America and then Canada. He seems to be doing very well for himself and Roy, like most of the inhabitants of the small Norwegian town near their farm, believes he’ll never return.

But after 15 years Carl does come back unexpectedly with a mysterious and stunning wife, Shannon, at his side. She’s an architect and Carl has big plans. He wants to build a grand mountain-top hotel that will involve the entire community. But not everyone is enthusiastic about this idea and Roy has to make an agonising decision.

Although this stand-alone thriller is very different in tone from Nesbo’s Harry Hole novels it’s an absorbing read nonetheless. It starts off slowly, but gathers pace. It’s a satisfying, but dark – very dark – novel.'

THE BOOK OF LONGINGS: By Sue Monk Kidd

THE BOOK OF LONGINGS

The Secret Life of Bees author has written an extraordinary story about a fictional character named Ana who’s the wife of Jesus. “Writing from a novelist’s perspective and not a religious one, I was drawn to [Jesus’] humanity,” she says, explaining that the novel is intended to refocus the lens on women – some real, some fictional – in a history that’s dominated by male characters.

So while at the centre of the premise lies the divisive debate about whether Jesus ever married, it’s more an exploration of how “ the Western world be different if [he] had married and his wife had been included in his story,” Kidd adds. Ana’s story moves from 16 CE in Sepphoris, Israel, to nearby Nazareth, dilapidated and poor, then 60 CE Egypt.

She’s born into a wealthy family and is a remarkable writer, something rare in a time when not many were literate, especially not women. It’s fascinating to identify the biblical characters featured in this engrossing story about a girl who forsakes her wealth for love of a lowly young builder from Nazareth. An English couple, the Trehernes, who are guests at the hotel, tell her the strange story of a murder that occurred in the same hotel while their daughter Cecily was there for her wedding.

Cecily vanished just a couple of hours after she’d read a crime novel which, it turns out, Susan had edited. The Trehernes persuade Susan to go to England to investigate what happened and find their daughter.

At this point the novel becomes a book within a book as Susan realises there must be clues in the novel she edited. But to find them she’ll need to re-read it. It emerged that the author, Alan Conway, stayed at the same hotel and decided to include some of the staff and guests among his characters.

Names were changed but they’re identifiable by his descriptions. It’s up to Susan to link up all the clues but as she does, she finds herself in mortal danger. This was a very good read, but I did get a little mixed up with the two parallel sets of people in the two books. 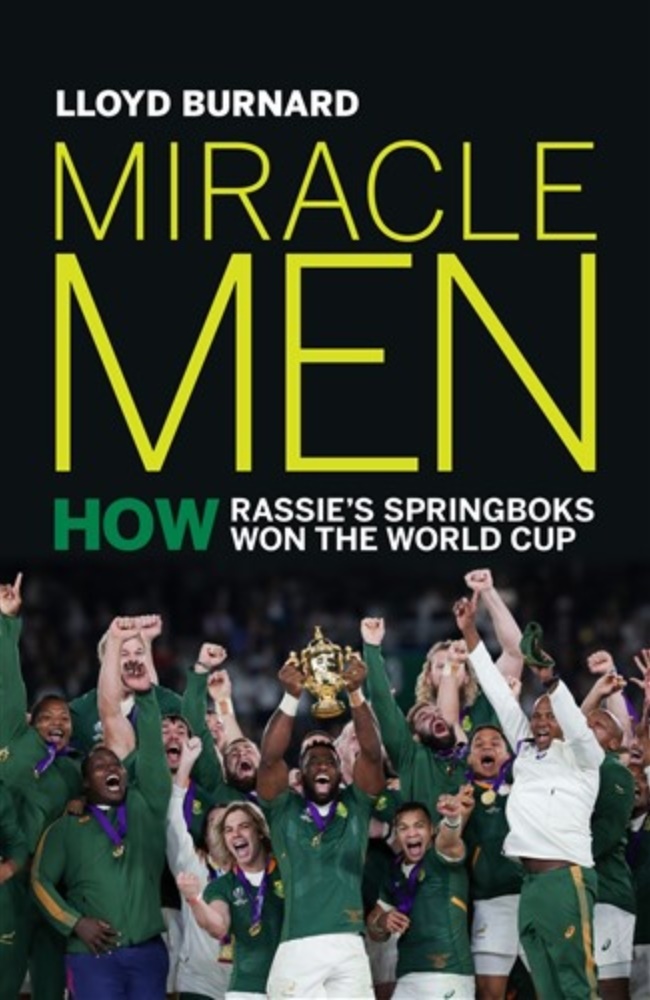 On 16 September 2017 the All Blacks annihilated the Springboks 57-0 in North Harbour Stadium in Albany, New Zealand. It was their biggest defeat ever.

Less than two years later on a glorious day in Yokohama, Japan, the Springboks won the Rugby World Cup when they beat England 32-12.

How did a team that was so comprehensively down and out, manage to resurrect themselves and become world champions in such a short span of time?

Well, the short answer is that Rassie Erasmus became Bok coach. But if you want the full story you’ll find it in this book. It documents the whole journey the Boks took from deepest despair to the pinnacle of world rugby.

The book also extensively covers – as one would expect – the 2019 World Cup with reviews of every game the Boks played in that tournament. Accompanying the text are a number of excellent pictures.

This is a book for Bok fans who want to have a record of the World Cup so they can relive the euphoria of that magnificent win.