What to watch: The Magicians season 1-5 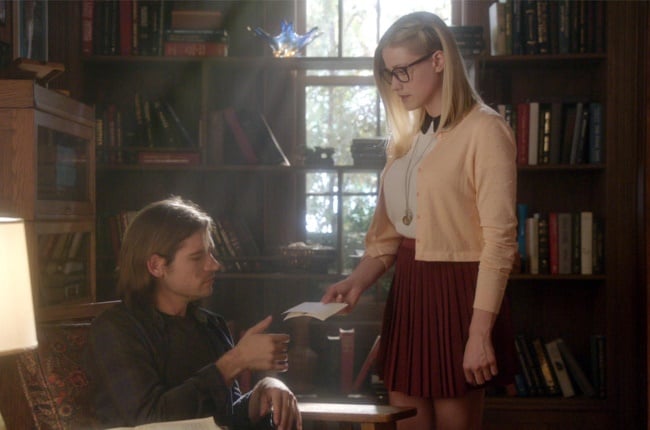 This fantasy series, based on the books by Lev Grossman, can best be described as “Harry Potter for adults”. It’s centred on a group of university students who attend a secret school of magic, Brakebills College of Magical Pedagogy, in New York.

The TV show starts off with Quentin Coldwater (Jason Ralph) as the main character, a depressed high school graduate who grew up reading a series of books on a magical land called Fillory. As the series – and the seasons – progress, it becomes apparent that Fillory is real. But Quentin’s character is eclipsed by his friends (and in some cases enemies), who turn out to be far more nuanced and interesting.

One duo stand out. Margo (Summer Bishil) is the traditional mean girl who during the course of the seasons turns out to be a strong woman fighting for her place in the world. Her bestie, Eliot (Hale Appleman), is equally entertaining and the two often end up stealing the scene.

The plot is an insane romp between worlds and magical realms – not for the faint of heart. There’s violence, death and sex, along with plenty of deliciously dark humour. Be warned: you need to watch this from the start, or you’ll be lost as the plot is extremely intricate and at times tough to keep up with. But it’s absolutely worth it. As one reviewer put it: this is easily the most underrated show on TV. – LIZ DE VILLIERS

We live in a world where facts and fiction get blurred
In times of uncertainty you need journalism you can trust. For 14 free days, you can have access to a world of in-depth analyses, investigative journalism, top opinions and a range of features. Journalism strengthens democracy. Invest in the future today. Thereafter you will be billed R75 per month. You can cancel anytime and if you cancel within 14 days you won't be billed.
Subscribe to News24
Related Links
8 things to know about K-pop girl group Blackpink
YOU short story: Same old, same old
In need of some thrills? Here are some of the latest reads from the Masters of suspense
Next on You
YOU books editor Jane Vorster | The five reads that rocked my world

Read more on:
tv serieschill out