Another crown for Emma Corrin

If you’ve binged the latest season of The Crown and want to see more of Emma, who plays Princess Di, check out Misbehaviour on DStv BoxOffice.

Pearl was apartheid South Africa’s first black entrant in Miss World and her presence was the organisers’ clumsy effort – by allowing two entrants from SA – to appease the world’s growing anti-apartheid sentiments.

The story – based on actual events – is set against the backdrop of the 1970 Miss World pageant in London where Sally Alexander (Keira Knightley) and her friends plan a feminist protest to disrupt the live broadcast of the show which was watched by 100 million people.

It’s been a quarter-of-a-century since GoldenEye was released, if you can believe it.

Pierce Brosnan stepped into 007’s tuxedo for the first of four outings as the dashing superspy, now a Cold War relic in a rapidly changing world.

The movie was a reboot of the series, introducing a new spymaster, M (now played by Dame Judi Dench) who disdains Bond’s methods, while keeping some familiar faces like gizmo-master Q (the late Desmond Llewelyn) and set-pieces, and adding the kind of explosive action audiences were expecting in ’90s thrillers. The movie is a reboot of the series, introducing a new spymaster, M (now played by Dame Judi Dench)

GoldenEye is the best of the Brosnan Bonds, and one of the best of the series – even with its sometimes-overdone action sequences, villainess Xenia Onatopp’s (Famke Janssen) cartoonish Russian accent and a trying-too-hard electronica-influenced score.

Director Martin Campbell would be called upon again, a little more than a decade later, for another Bond reboot with another new Bond – Daniel Craig in Casino Royale.

GoldenEye is available at the Google Play Store

Because we’re still in a pandemic, this stand-up show was filmed in front of an audience in Kevin’s living room, which is roughly the size of most people’s houses. 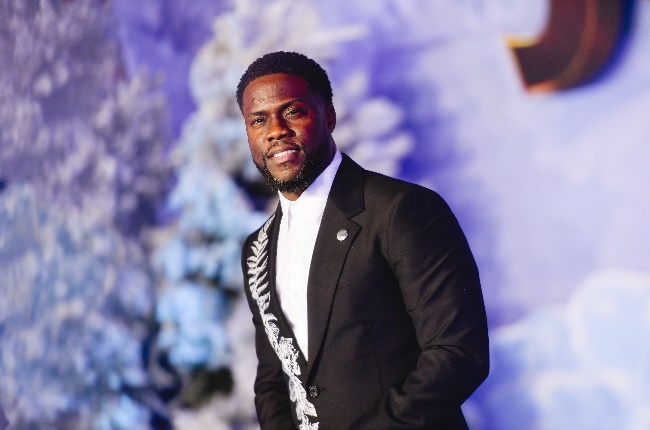 Due to the pandemic, this stand-up show was filmed in the comfort of Kevin’s home. (Photo: Gallo Images/ Getty Images)

The Jumanji star talks about his near-fatal 2019 car crash and being caught cheating on his wife Eniko, which he publicly admitted in 2017.

It’s a lot more entertaining than Don’t F*** This Up, but it doesn’t quite have the magic of his early stand-up shows.

Sam Mendes’ remarkable World War I movie is presented in what appears to be a single, two-hour take – following two British soldiers, Lance Corporal Blake (Dean-Charles Chapman) and Lance Corporal Schofield, as they cross no-man’s land in the war-torn French countryside to deliver a message to Colonel MacKenzie (Benedict Cumberbatch), who’s about to lead his men into a trap set by the German army.

Sam explained to Vox.com that he wanted the story, which was inspired by his grandfather’s stories about the war, to be told in “real time”. 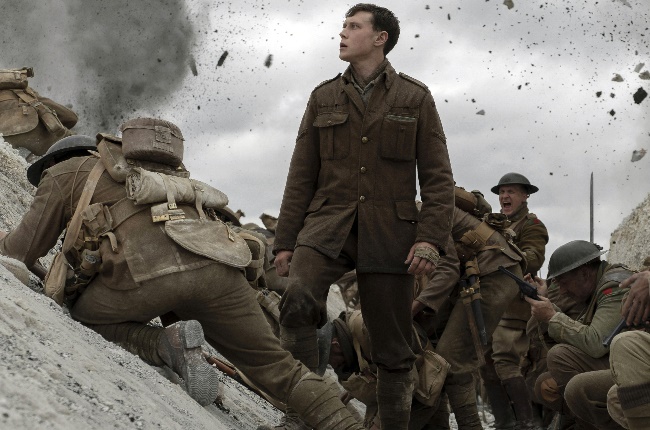 “In a movie that operates more like a ticking-clock thriller at times, I wanted an audience to feel every second passing and take every step with them, and also be aware of geography and distance and physical difficulty. The feeling that you are going to have to live through the story with them is accentuated by not cutting.”

“There’d be times where you’d get seven minutes into the take and someone would trip or a bit of mud would get on the lens or an explosive device would be off and you can’t use it. The acting could be wonderful and everything else could be right and you’d have to start again.”

The film, which was shot by Sam’s regular collaborator, cinematographer Roger Deakins, is so engrossing that it becomes hard to notice the single-shot effect – unless you’re really looking out for the spots where sequences were spliced together.

We live in a world where facts and fiction get blurred
In times of uncertainty you need journalism you can trust. For 14 free days, you can have access to a world of in-depth analyses, investigative journalism, top opinions and a range of features. Journalism strengthens democracy. Invest in the future today. Thereafter you will be billed R75 per month. You can cancel anytime and if you cancel within 14 days you won't be billed.
Subscribe to News24
Related Links
What to watch: Coffee & Kareem
What to watch: The War with Grandpa
WHAT TO WATCH | Deep Blue Sea 3 and Extraction
Next on You
BOOK EXTRACT | Sara-Jayne Makwala King on why she checks into The Clinic every year rather than going on holiday