YOU fiction: Are you settling in okay? 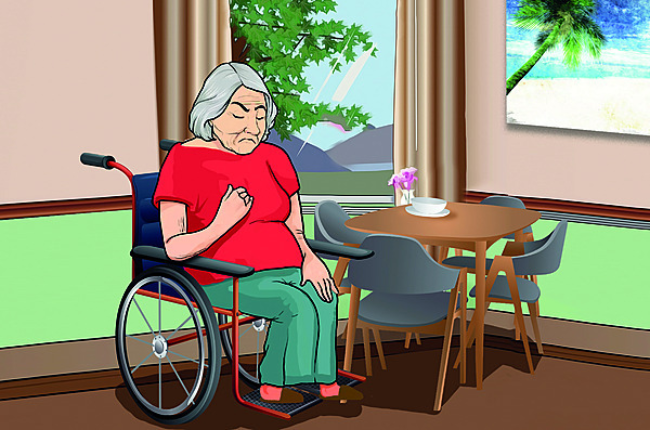 Edith is miserable in her new nursing home. But a kind stranger is determined to give her a new perspective

Edith drummed her fingernails on the wheelchair’s armrest. She glanced at her watch. It was nearly ten past eight. They were late serving breakfast again. What on earth were they playing at? At her previous nursing home breakfast was always served at half past seven, which was the way Edith liked it. At the new nursing home, though, they seemed to serve meals whenever they pleased, which frustrated Edith.

Breakfast wasn’t the only issue Edith had with the new nursing home she’d moved to. Everyone she met was annoyingly bubbly and cheerful. Not just the staff, but the residents too. Edith couldn’t understand what they had to be cheerful about. Didn’t they realise that you were only put in a nursing home when no one else wanted you? As for the person in charge, Edith hadn’t even met them. That was poor manners, in Edith’s opinion. She believed that whoever was running the home should have the courtesy to greet each new resident.

Read this for free
Get 14 days free to read all our investigative and in-depth journalism. Thereafter you will be billed R75 per month. You can cancel anytime and if you cancel within 14 days you won't be billed.
Try FREE for 14 days
Already a subscriber? Sign in
Next on You
BOOK EXTRACT | Be careful what you wish for – author Lionel Shriver on what she wishes she could tell her younger self