Nicola Whitfield | Yes, I have it lucky – but my heart still hurts 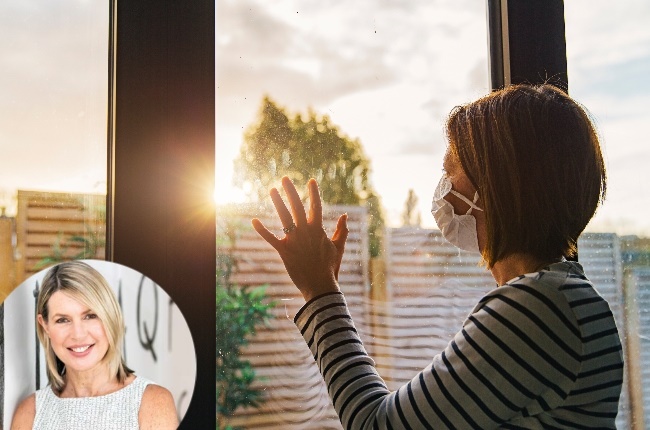 It’s been hard, the lockdown, and I know I’ve had it far, far easier than many, many people. I have a roof that doesn’t leak (I hope) over my head, I have food in the fridge and cupboard, I have Netflix. I’m lucky. And yet still it’s been hard, and the reasons are hardly life-altering or life-threatening, as I know many people’s experiences have been during this strange, strange time. But still, it’s tough.

I miss the freedom of doing things. Walking on the beach on a sunny day. Arranging to meet friends in a coffee shop. Also the bliss of sitting in a coffee shop on my own with a book at the end of a busy week. But mostly I miss the tiny new baby my daughter had in a country thousands of kilometres away, who I was supposed to meet in April and who will now surely be a “big girl” by the time I do eventually see her in person. I try to stay positive because, again, I am lucky. I have Wi-Fi, and we video chat often. But still, my heart hurts.

I worry about my middle child who has had to take a pay cut and doesn’t know if they will still have a job after all this. I feel for my youngest daughter, who is “stuck” at home with her parents in her mid-20s, unable to take on the dream job she landed just before the shutters clanged shut. She tries so hard to keep cheerful and works solidly online, teaching children across the seas. She also toils tirelessly making food parcels for hungry people in the community and organises fundraisers. But she is grieving for a world she may never see again and every now and then it becomes too much for her and she breaks down. And my heart hurts. I miss going into the office every day, seeing faces that have become so familiar they are almost like family. I miss my self-indulgent early morning routine: coffee and banana bread from the office coffee shop with the morning papers. I miss the feeling of warmth and excitement I used to get when it was time to head home. I miss my work clothes, even if most of my wardrobe consists of black polo-necks and jeans. And when something bad or sad happens to one of my lovely colleagues, my heart hurts.

I even miss sitting in traffic, listening to the radio, the feeling of happiness when something as simple as my favourite song comes on. I still listen to the radio in my kitchen, but I rarely turn the dial to the music stations. I listen to the news mostly, because there’s so much going on and it feels wrong to ignore it. And often, my heart hurts.

We live in a world where facts and fiction get blurred
In times of uncertainty you need journalism you can trust. For 14 free days, you can have access to a world of in-depth analyses, investigative journalism, top opinions and a range of features. Journalism strengthens democracy. Invest in the future today. Thereafter you will be billed R75 per month. You can cancel anytime and if you cancel within 14 days you won't be billed.
Subscribe to News24
Next on You
OPINION | Oh Harry, what have you done? Prince’s absence is glaring as royals gather for Prince Philip’s memorial