The three phases of matter – Solids, liquids and gases Everything around you – and even your body – is made up of the three phases of matter. Let’s find out more.

The whole world and everything we can see around us is made up of matter. Matter can be ob-served because its mass can be weighed and it takes up space.“Material” is matter with a specific function.

For example, when we use a specific kind of matter to make an object such as a wooden or metal table, we say the material we used is wood or metal.

For a better understanding of the difference between solids, liquids and gases, we need to look at what they’re made of. Scientists discovered that all materials are made of teeny-tiny particles called atoms and molecules.

They’re so small you can’t see them with the naked eye – or even with a standard microscope. The characteristics of these particles will help you understand why the phases of matter – solids, liquids and gases – differ from one an-other.Firstly, it depends on how close together the particles are.

A material can change from one phase of matter to another. We call this phase transition or phase change.

You’ll notice these transitions are usually the result of a change in temperature but the pressure in the atmosphere can have the same effect.

Sublimation refers to the direct transition of a solid to a gas (without passing through a liquid phase). For example, in a dry climate ice(solid) can transition directly into vapour (gas).

The opposite can also happen – a gas transitions directly into a solid. An example of this is frost. Extreme, sudden cold can cause the vapour (liquid) in the air to freeze and turn into ice (solid). Then we call it de-sublimation. The particles of solids

We know solids keep their shape –for example that table made of wood or metal. Solids stay the way they are. The reason why solids don’t change shape is because their particles are packed super close to one another.

Because the particles are so tightly packed, they attract the surrounding particles, forming a rigid (or solid) pattern. ) This is why a solid object keeps its shape and stays where you left it. If a solid is heated, the opposite happens.

The particles start vibrating faster and move If the temperature is high enough, the solid can transition to a liquid or even a gas.

The particles of liquids

Liquids are more mobile. They flow and take on the shape of whatever containers they’re in. Milk fills the bottle or carton in which you buy it, but once you pour it into a glass, it takes on the shape of the glass, filling it from the bottom.

The particles in liquids don’t hold a fixed position like they do in solids. They can move around and mix with other particles – but they can’t move too far away from the other particles because there’s still an attraction between the particles that loosely holds them together.

This is why liquids can change shape to flow and adapt to the shape of the containers into which you pour them. But the space between the particles is still small enough so you can’t compress liquids a lot.

Can you think of a few liquids? We’ve already mentioned water, petrol and milk. What about fruit juice, paraffin and even blood? Yes, there are liquids all around and even inside our bodies.

The particles of gases

In gases the particles are much further apart than in solids or liquids because the attraction between the particles is small. This makes gas even more mobile and fluid than liquids.

There’s a lot of space between the particles and they move around constantly. This is why we can compress gases to fit into a smaller container.

A gas stove’s gas fills the canister in which you buy it. The air you blow into a balloon fills the balloon completely. When the gas canister’s tap is opened or the balloon bursts, the gas escapes and its particles scatter in the atmosphere. 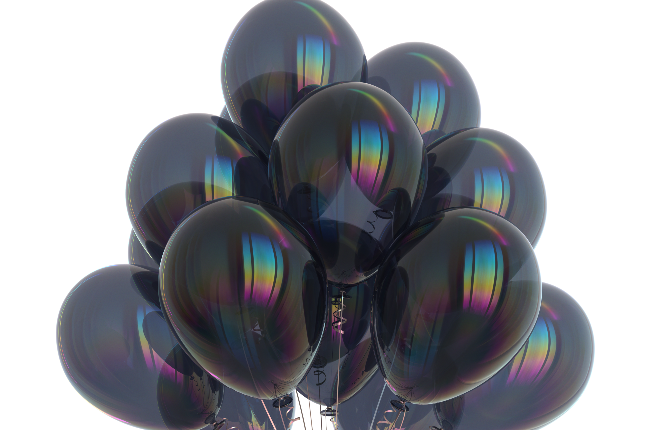 (PHOTO: Getty Images/Gallo Images)
Getty Images
We live in a world where facts and fiction get blurred
In times of uncertainty you need journalism you can trust. For 14 free days, you can have access to a world of in-depth analyses, investigative journalism, top opinions and a range of features. Journalism strengthens democracy. Invest in the future today. Thereafter you will be billed R75 per month. You can cancel anytime and if you cancel within 14 days you won't be billed.
Subscribe to News24
Next on You
Young YOU| The new Nasa discoveries