'Dad, how could you reject me – but raise another woman’s children?' 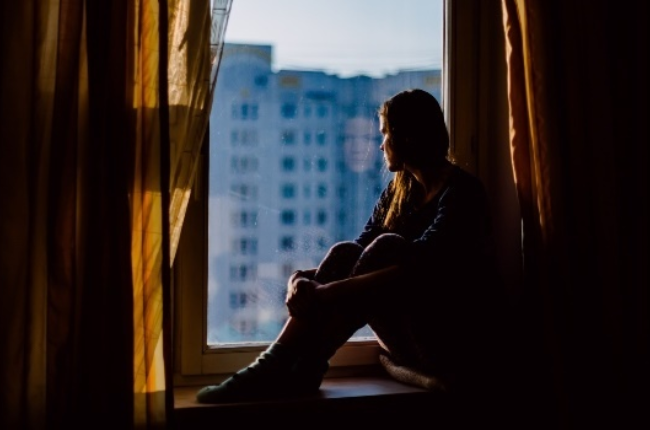 How does a child cope with the rejection of a parent?

*Sasha Kühn expressed her desperate attempts to form a relationship with her biological father who has over the course of 25 years shunned her time after time.

This is her heartbreaking story:

“I have been looking for my father since I was in grade four and ten years old.

My father is German. My mom was 17 years old and still at school when she fell pregnant with me. She was a promising athlete, but my biological father, who was much older than her, disappeared.

When he left her, she had to quit school. I grew up with my mother and grandmother. But she had a phone number for him. I had the phone number for him written on a folded piece of paper, which I used to keep on me in the pocket of my school uniform every day of my life.

I saw him for the first time face to face when I was eight years old. My mom and I bumped into him at a shop where we lived. He had always been there. I saw then I am the splitting image of my dad. There is no way he did not know I was his child.

In grade four I tried to call him for the first time. My friend phoned her father from a payphone and they had such a great conversation and I was so jealous! Then I thought: but wait I also have a father and I have his number and I am going to call him. When he picked up the phone I told him who I was. I asked him how he is doing. He replied: “Hi, I’m fine. Bye.”

And put the phone down.

When I got home my mother was there, which was weird as she was supposed to be at work. At that stage I was living with my gran. My stepfather and mom got married when I was eight and I stayed with my gran till I was 13 years old, because I struggled to accept my stepfather at first. So I was surprised to find her at my gran’s house.

My mom asked me whether I had called my father that day. I told her I did. She said she thought as much because he paid money into her account (over the years he would pay a meagre monthly amount of about R500).

But I never wanted his money. I just wanted to talk to him. I wanted to hear his voice.

After I was born my mother worked two jobs to provide for me and keep me in the best schools. This went on when she married my stepfather, who is a great man. He would walk kilometers to work just so that I could have money for the bus.

When I was in matric my mother called my biological father to find out whether he would help with my university fees. He told her he has other kids and don’t have the money. She asked if he would give the R150 towards the rent of a nice car to take me to my matric dance. He said he didn’t have it.

Again, it was never about the money. I just wanted him to be a part of my life.

One day, once I finished school and started working in Cape Town, I called him again. I wanted to tell him I managed to get a decent job. I was about to turn 21 years and I wanted to invite him. He told me off. “I’m not in South Africa,” is all he said before putting the phone down. I was devastated.

Three months before I got married three years ago I converted to Islam. My birth name changed my German name, to Sasha and I took on my husband’s surname. My husband knows of this deep rooted pain inside of me – my desire to form a bond with my father. Over the years on Fathers' Day, or when I still celebrated Christmas, I’d disappear into the bathroom. I would go on my knees and ask God to please send a message to my father that I was thinking about him. To this day he is on my mind 24 hours a day. I don’t know why that is. I don’t know why he can’t just say yes once.

I see on Facebook he is happy with his second wife and he takes her and their dogs on holiday.

In January this year I Googled him and his business came up. I wasn’t sure if that was him until I saw his phone number. The same one I had kept all these years. My husband and I are succesful, we own a supermarket and earn good money.

If only I could ask him a few questions: How did he meet my mother? I never asked her much because I can see in her face it hurts too much. I only have one dream and that is to get to know him, to know where he comes from, his interests.

I went to look for his business with my husband. We came to another business where I was told by the owner he knows my father and that he had passed away. I was crushed. I decided I’d still go to his business, perhaps I can speak to his colleagues or meet his wife. Perhaps I can somehow learn more about him that way.

He was there when I arrived. So was his wife. I was so relieved to see he is still alive.

He chased his wife away and asked me to please respect his marriage.

I turned around after facing yet another disappointment to reach out. After 25 years I still feel he is hiding me. My son is now two years and nine months old. He has never met his grandfather.

I might never get to know my father, but I hope that if only one father can hear my story and reach out to their child and to get to know them.

Because of all this I struggle a lot to have a relationship with my child and my husband and it is breaking me inside.”

We live in a world where facts and fiction get blurred
In times of uncertainty you need journalism you can trust. For 14 free days, you can have access to a world of in-depth analyses, investigative journalism, top opinions and a range of features. Journalism strengthens democracy. Invest in the future today. Thereafter you will be billed R75 per month. You can cancel anytime and if you cancel within 14 days you won't be billed.
Subscribe to News24
Related Links
My Story: Young scientist reveals her tale of returning from an expedition on an isolated island...
MY STORY: My experience in state quarantine
My Story: How I’m using gym to change a community
Next on You
MY STORY | Drawing on tissue paper wasn't easy – now it's my signature