Tasneem Swarts is a 32-year-old mother who lives in Cape Town.

More than a year ago her son, Hakim (4), suffered severe brain damage after falling into the family’s swimming pool.

Here she shares the touching story of his recovery.

“His vibrant eyes and infectious smile make it hard to tell that he’s suffered so much.

Since his birth in 2016, Hakim has always been an entertaining baby and quite advanced for his age.

At the age of two he could navigate a cellphone on his own. He had so many toys but never bothered with them because he was obsessed with “driving” his toy car and talking on his cellphone. It was more a case of two going on 20!

But it took one accident – a split second of diverting our attention – to change our lives forever.

It was a sunny Sunday afternoon in October last year and Hakim was as active as ever, running around the house and asking whoever he could to blow up his inflatable ball.

My mom was making my younger son Yakeem (then four months old) a bottle while I was busy around the house. After some time, we realised livewire Hakim had gone quiet.

I looked frantically around the house, running from the front yard to the back, in search of Hakim. Little did I know he’d been lying breathless in the pool, where I’d hurried past. I was filled with such dread I didn’t notice,

Fortunately, my sister discovered him and immediately jumped in. She lifted his tiny body out and passed him to my mom. My mom did everything in her power to resuscitate him by performing CPR, even though she had no knowledge or experience of how to do it.

Minutes passed and our attempts were futile, so I called the neighbour to ask for help. He too became discouraged when there was no pulse, but my sister refused to give up.

She raced to fetch the car to take him to the Netcare N1 City Hospital. As we drove my mother continued performing CPR. 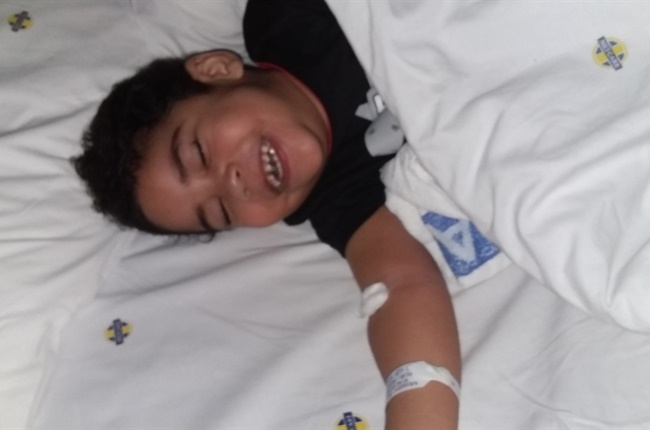 After what felt like an eternity we finally arrived at the hospital. In less than 10 minutes the casualty staff – under the supervision of Dr Malan – had found a pulse. Hakim, still unconscious, was immediately transferred to The Red Cross War Memorial Children’s Hospital.

At Red Cross, I was taken aback by the staff’s lack of empathy. Hakim was practically raised by my mom, dad, sister and brother, so they took his accident especially hard. My mom refused to leave his bedside, staying throughout the day and sleeping over at night. She explained to the hospital staff that she suffered from arthritis, but they didn’t lift a finger to make her stay more comfortable.

For three days Hakim was kept in a medically induced coma. Not knowing whether he’d wake up and what condition he’d be in made it the worst and longest three days of my life.

Eventually they slowly started to wake him up.

After day five he was moved from the intensive care unit to a medical ward.

This is where the horror started.

Hakim would often be deprived of his medication and when we raised the issue with staff members, they brushed us off.

One day he turned completely blue. I called one of the nurses, but she did nothing. I ran out to call the doctor, who then asked me to wait outside.

From there things went downhill.

Hakim started having seizures. It continued day and night. I asked the doctor if there was a diagnosis we could work with but he reassured me they were trying.

Through our own research, we discovered that spasms are common in children with near-drowning experiences.

Three weeks later we received the devastating news: Hakim had suffered severe brain injury from a lack of oxygen. This was why his body turned blue.

The doctor warned he’d never be able to communicate or do anything for himself again. My mom was in pieces. I refused to accept the prognosis. From that point on Hakim deteriorated and lost a lot of weight. No social worker contacted the family to help deal with trauma. Once again, we were left to pick up the pieces on our own.

Hakim was eventually transferred back to N1 City hospital. There a feeding peg was inserted, and the spasms subsided miraculously. An amazing group of therapists and physios came on board and in less than a week Hakim showed improvement.

The best part of our stay at N1 City was not the medication or staff, but the faith they had in Hakim’s recovery process. Not once did they mention the impossible. They continuously encouraged our expectation of great things to come.

After two months he was flown to Netcare Rehabilitation Hospital in Auckland Park, Johannesburg, where he spent the rest of his recovery until it was time to come home.

We were so excited to have our baby back!

It’s been more than a year since that day and while the damage he suffered is still evident, his recovery continues to astound us every day.

He can communicate with sounds and is fully conscious and alert. He makes his likes and dislikes known with feeling.

He still receives therapy daily and a full-time day carer sees to him from Monday to Friday.

My little boy is full of life and by far the strongest person I’ve ever met.”

*When YOU contacted Dwayne Evans, communications officer for the Red Cross War Memorial Children's Hospital, he said the hospital is investigating the matter.

"The management team of the Red Cross War Memorial Children's Hospital has initiated an investigation into this complaint. We are committed to providing the best quality health care services to our patients and their families and are saddened by the claims made by this parent.

"We welcome the parent to engage with us directly, through the complaints process, in order to address the concerns raised."

We live in a world where facts and fiction get blurred
In times of uncertainty you need journalism you can trust. For 14 free days, you can have access to a world of in-depth analyses, investigative journalism, top opinions and a range of features. Journalism strengthens democracy. Invest in the future today. Thereafter you will be billed R75 per month. You can cancel anytime and if you cancel within 14 days you won't be billed.
Subscribe to News24
Next on You
MY STORY | 'I’m thrilled to be a complete woman after my sex reassignment surgery,' says Miss SA competitor