This 61-year-old is now proudly strutting down the catwalk – and we’re all for it!

Dinesh Mohan from Gurgaon in India has been breaking stereotypes attached to his age.

With his fit physique, high cheekbones, chiselled jaw and great sense of style, it’s hard to believe he once weighed 127kg and was bedridden.

Because of his confidence and remarkable taste in fashion, Dinesh has become a well-known face in the fashion industry in India.

“People are intrigued to see me, my style,” Dinesh said. “I’m a shy person but in front of a camera, it’s a complete switchover. I’m very confident when I’m modelling.

“Some find it inspiring while others think I’m silly to be wearing clothes that belong to people half my age.

“But they don’t know me, my story; and I believe age is just a number.”

From being featured in two major Bollywood movies, one with superstar Salman Khan, to appearances in Vogue and GQ magazines, the sexagenarian has tasted great success at retirement age.

But a few years ago, the former government employee was in a “vegetative state”.

At 44 years old, Dinesh was clinically depressed and found comfort in unhealthy food that included a large amount of fried meals and takeaways, which took a toll on his physical health.

He says at one stage he was restricted to his bed because he was “so overweight”.

“I was suffering from depression because I was facing negative issues in my personal life. I took voluntary retirement in 2004 to focus on my life.

“Instead, I fell deeper into despair. I moved to my sister Mona’s house and lived with her and her husband.

“But after I moved there, things completely got out of hand. I realised my life had totally shattered, and seeing everybody enjoying [life], but here I was at the age of 44, financially broken. [I] had no personal life.

“I would eat and then starve and then eat again. It became kind of a vicious circle.

“I would tell everyone that I wasn’t eating but I would go to the market and eat all the junk food. I would eat enough for two people. 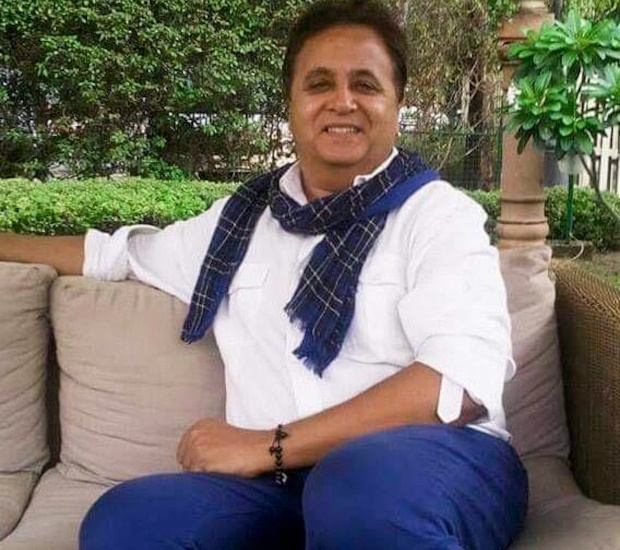 “I would eat oily fried food and drink a milkshake with it. I loved sweets and pastries,” he said.

In 2012, Dinesh’s mobility became impaired and he was bedridden for almost a year.

But after being prompted by his family in 2014, he says he decided to “pull himself out of the rut” and joined a gym.

Dinesh started working out regularly and changed his eating habits. He lost half his body weight in eight months.

“I would work out for one hour that included 40 minutes of cardio and 20 minutes of weight training.

“I did 50 push-ups every day and did some work on the dumbbell rods. I’m now a vegetarian and eat lots of green vegetables and fruits,” he said.

As he got fitter, his physiotherapist suggested he start modelling and helped him get in touch with a modelling agency. Dinesh soon bagged his first modelling gig in 2016 and eventually film projects in 2019.

“People started noticing me and I got my first project in 2016 and never looked back. “When I lost weight and started shopping again, I wanted to buy clothes that I’d always wanted to wear but couldn’t for my weight. I bought all the crazy T-shirts and jeans.

“Then catwalk offers started coming in and it was very emotional for me. There was a time I was bedridden and couldn’t even walk,” he said.

Apart from modelling and acting, Dinesh is also a motivational speaker and often speaks in public.

“I’ve learnt to be grateful in life. I don’t worry about what others think about me, for example, my style,” Dinesh said.

“I’ve fallen but have risen again. I don’t want to look younger than my age. I never want to colour my hair. I just want to be myself.”