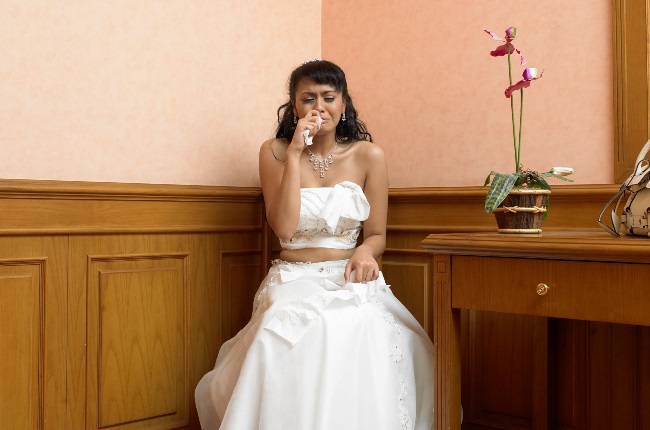 Paulwinder Kaur from India was totally convinced she was chatting to Prince Harry, the Duke of Sussex online. (PHOTO: GALLO IMAGES / GETTY IMAGES)

Palwinder Kaur of Chandigarh, India, was so convinced Prince Harry (yes, the Prince Harry) promised to marry her that she sought legal action.

She claims she had been speaking to the prince online and alerted Indian authorities after he failed to keep his promise to marry her and showed a judge lengthy emails and messages between herself and the “prince” on social media, where their relationship blossomed.

She also said she had reached out to Prince Charles, Harry’s dad, to notify him of their plans to wed and but admitted to having never travelled to the UK.

Palwinder, who represented herself in court, petitioned for Harry to be arrested and put behind bars for lying to her, but also so that “no further delay would occur in their marriage”. Upon inspection of their poorly drafted communication, it became apparent to the court that in Palwinder’s case, a catfish had been at work. "The woman was so blind in love that the high court had to put some light into it and give her some clarity,” an advocate at the Punjab and Haryana high court said.

Sadly she'd fallen into a honey trap and was catfished into believing she was really talking to the already happily married Duke of Sussex.

“There is every possibility that so-called Prince Harry may be sitting in a cyber cafe in a village in Punjab, looking for greener pastures for himself,” the judge said.

There’s something about Harry that makes people want to wed him. In 2015, after the prince spent a month with the army in Australia, he received a proposal from plastic-crown wearing Victoria McRae outside the Sydney Opera House. The following year, six-year-old Lottie from the UK wasn’t shy to let the prince know she had designs on him. “I want to marry you. I want to be a princess,” she said.

Palwinder’s case, however, is somewhat sadder but no less delusional. “This court finds no ground to entertain this petition and can only show its sympathy for the petitioner that she has believed such fake conversation to be true,” the court ruled.

We live in a world where facts and fiction get blurred
In times of uncertainty you need journalism you can trust. For 14 free days, you can have access to a world of in-depth analyses, investigative journalism, top opinions and a range of features. Journalism strengthens democracy. Invest in the future today. Thereafter you will be billed R75 per month. You can cancel anytime and if you cancel within 14 days you won't be billed.
Subscribe to News24
Related Links
No airs and graces: Camilla, Duchess of Cornwall, steps out in comfy slippers
No groom? No problem! Woman marries herself after heartbreaking split with her boyfriend
This bride-to-be simply couldn’t resist when her man proposed with five sparkly rings
Next on You
This Google engineer believes this AI has a soul – and two experts who warned about it are speaking out