Cockroach milk, cow cuddling and ear seeds: the new wellness trends that you have to try We take a look at some of the weirdest wellness trends around the world. (Photo: Gallo Images/Getty Images)

Feeling stressed and run down? Instead of heading for a spa why not try something different – like hugging a cow then burying yourself under a pile of hay? We look at some of the bizarre wellness trends that have become popular in 2020.

Also known as koe knuffelen, this is the latest strange trend to hit the wellness scene. The technique, which originated in the Netherlands, reportedly helps reduce stress and increases positivity by boosting oxytocin in the human body.

José van Stralen, who runs Farmsurvival in Spanbroek, introduced it on his farm six years ago with great success.

“You can read in their body language that when they half close their eyes with their ears down, sometimes even lying their heads down on the person's lap, that they are quite relaxed,” José told Business Insider.

“It's a positive energy exchange. The person cuddling the cow becomes relaxed by being next to the cow's warmer body and sometimes even manages to follow their heartbeat.”

The farmer says the sessions, which often last up to three hours, leave people “feeling warm, accepted and loved”.

But it’s not only humans who benefit from this trend, the grass-eating animals do too. According to a 2007 study published in Applied Animal Behaviour Science, cows feel pleasure and relaxation when people massage or pet them. Yikes! This might be the yuckiest trend to come out of 2020. Cockroach milk is now being hailed as the next big superfood, boasting protein-rich properties and all nine amino acids, which are good for muscle repair.

So how exactly does it work? According to Frida Harju-Westman, a nutritionist at health app Lifesum, the milk – which comes in the form of crystals – can only be extracted from a female Pacific beetle cockroach’s gut.

British nutritionist Rob Hobson tells Metro that extractors have to cut open the cockroach to extract the milk crystals, which are said to have three times more nutrients than breast milk.

“The concept is good but it’s impossible to make cockroach milk to scale from what I understand,” he adds. “You would need a vast amount of them to make a small amount of milk.”

According to Healthline, it’s currently not feasible to maintain this trend as it would take killing 1 000 cockroaches to produce 100g of milk. 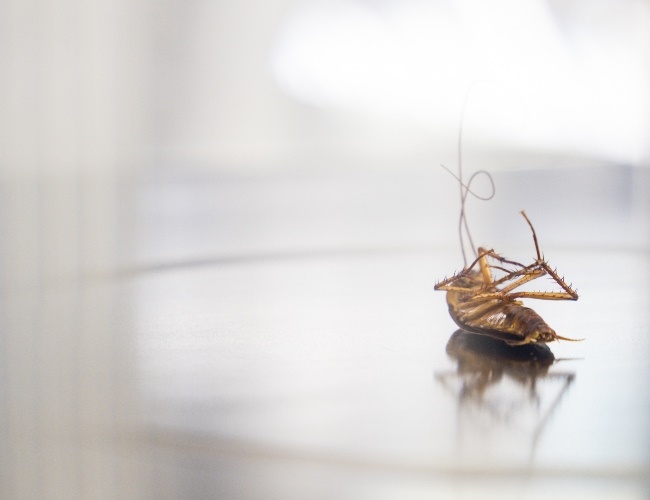 The milk can only be extracted from a female Pacific beetle cockroach’s gut. (Photo: Getty Images/Gallo Images)

This is perfect for dealing with achy muscles after a tough gym session or warding off the ageing process. The new trend, which originated in Japan, is a modern twist on the age-old ice bath.

It uses cold liquid nitrogen to soothe sore muscles and rejuvenate the skin, according to Healthista. When stepping into the icy enclosed chamber, people must strip naked with only their feet, hands and ears covered. The body is then immersed in icy-cold air for two to five minutes, with the temperature slowly dropping to -120 and -150°C.

“Through flushing out the bloodstream of toxins, the blood moves body waste materials from organs like the kidneys that would otherwise remain in the bloodstream,” Josh Leeson, clinic manager at CryoZone in the US, explains.

“It also carries carbon dioxide out of the body, likewise with removing [the stress hormone] cortisol, which if built up too much, impedes the immune system from functioning properly.”

Although cryotherapy won’t replace your gym session or a balanced diet, it will ensure and enhance the benefits of your workouts and diet.

“Just as cryotherapy assists in releasing the ‘happy’ and mood-boosting chemicals such as serotonin, it simultaneously releases hormones that directly correlate with relaxation and sleep,” Josh says. Cryotherapy enhance the benefits of your workouts and diet. (Photo: Gallo Images/Getty Images)

This is not something you should try if you suffer from severe allergies. Hay bathing, which originated in Austria, sees people wrapped in hay and herbs for 20 minutes then later resting on a sofa for an additional 30 minutes.

“An ancient tradition in Austria dating back more than 200 years, the benefits of hay bathing came to light as locals noticed the benefit of hay as a source of pain relief and energiser for the body, as experienced by farmers who slept in it,” trend forecasting website WGSN notes.

“Treatments use fermented alpine hay, combined with healing herbs such as arnica, heather and thyme, which are full of essential oils.”

The practice reportedly boosts and rejuvenates the immune system, eases muscle pain and helps with circulation in the body, according to Glamour. This trend, which originated in China, is stylish and might have loads of wellness benefits too. In this wellness process, seeds from the Vaccaria plant are usually placed along meridian lines and pressure points in the ear with adhesive tape by an acupuncturist, to help clear up any qi blockages. They can be used instead of acupuncture needles or in conjunction with them.

“There are mapping systems located on several areas of the body, with the ear being one of them, that reflects the whole body and organ system,” Tsao-Lin E Moy, an alternative and Chinese medicine specialist, tells Health.

“Ear seeds can magnify the effects of acupuncture points and can be used as a standalone treatment, or as support for a treatment.”

“The body is able to properly function, meaning we digest food better, we think more clearly, we respond better to the environment around us, we sleep better and are able to naturally process inflammation, among many other benefits,” Mona Dan, founder of Vie Healing, added.