Face facts! New research suggests If you don’t wear a mask you could be a sociopath 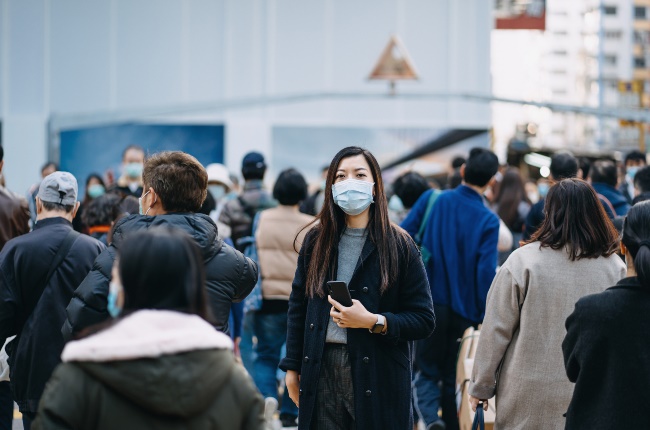 Social distancing and the wearing of masks have become common practice to slow the spread of Covid-19 amid the global pandemic. But new research indicates those who flout the rules may have sociopathic tendencies.

And yet still people continue to flout the rules – despite scientific evidence showing that social distancing, covering your nose and mouth and sanitising your hands regularly helps to stop the spread of the disease.

Now a new study conducted in Brazil has found people who disregard the regulations may have sociopathic tendencies and simply not care about breaking the rules.

Brazil is the nation with the second-highest number of coronavirus cases and deaths in the world.

The study was published in the online journal Personality and Individual Differences and was conducted through testing a sample of more than 1 500 people with 220 test questions answered on a four-point scale. The tests were conducted between May and June of this year.

Callousness, deceitfulness and manipulativeness are all possible signs of sociopathy and were observed by researchers among people who broke Covid-19 safety rules.

“Our findings indicated that antisocial traits, especially lower levels of empathy and higher levels of callousness, deceitfulness, and risk-taking, are directly associated with lower compliance with containment measures,” the study says.

“These traits explain, at least partially, the reason why people continue not adhering to the containment measures even with increasing numbers of cases and deaths.” According to the study, participants with high levels of empathy were more likely to follow safety regulations and measures during the pandemic.

Participants were divided into two groups: the “empathy group”, which displayed an interest in understanding of other people’s feelings and motivations; and the “sociopaths” which showed signs of antisocial personality disorder.

The individuals from the second group were more likely to look for ways in which their interactions with others could benefit them personally, often feel “socially detached” and engage in hostile behaviour.

These were the people who researchers claim were more like to flout Covid-19 safety measures and regulations, such as wearing a mask or following social distancing rules.

The results from the research indicated that those in the antisocial group were less likely to see Covid-19 rules as necessary, and therefore were less compliant.

We live in a world where facts and fiction get blurred
In times of uncertainty you need journalism you can trust. For 14 free days, you can have access to a world of in-depth analyses, investigative journalism, top opinions and a range of features. Journalism strengthens democracy. Invest in the future today. Thereafter you will be billed R75 per month. You can cancel anytime and if you cancel within 14 days you won't be billed.
Subscribe to News24
Related Links
Top tips from experts about the importance of wearing a mask and how to make your own
The virus that spares no one: more celebs test positive for Covid-19
Watch: Dying mom’s heartbreaking plea for people to wear masks
Next on You
Watch the incredible footage: Russian swimmer goes viral with her underwater dance stunts