An Instagram model addicted to cheek fillers has no plans to slow down her cosmetic “updates”, and says her transformation has seen her romantic prospects improve dramatically.

Ukrainian Anastasiia Pokreshchuk (30) says she loves her look – accomplished with self-administered cheek fillers for the past four years – with techniques she says she learnt online.

“You may think that they are too big, but I think that they're a little bit small. I need to refresh them again soon,” she said in a recent interview. So far, she’s spent more than R34 500 on DIY injections of hyaluronic acid, a type of temporary dermal filler to make her cheeks bigger.

Anastasiia, who has a psychology degree, says the radical change in her appearance has boosted her confidence. She is virtually unrecognisable in her “before” photos.

“[Before the fillers] I was ashamed of everything: my voice, my appearance. I think I was ugly before. My mom thinks that I was naturally beautiful before, but now I think I look exotic, and my friends say my new appearance is better because before I looked like a grey mouse.” 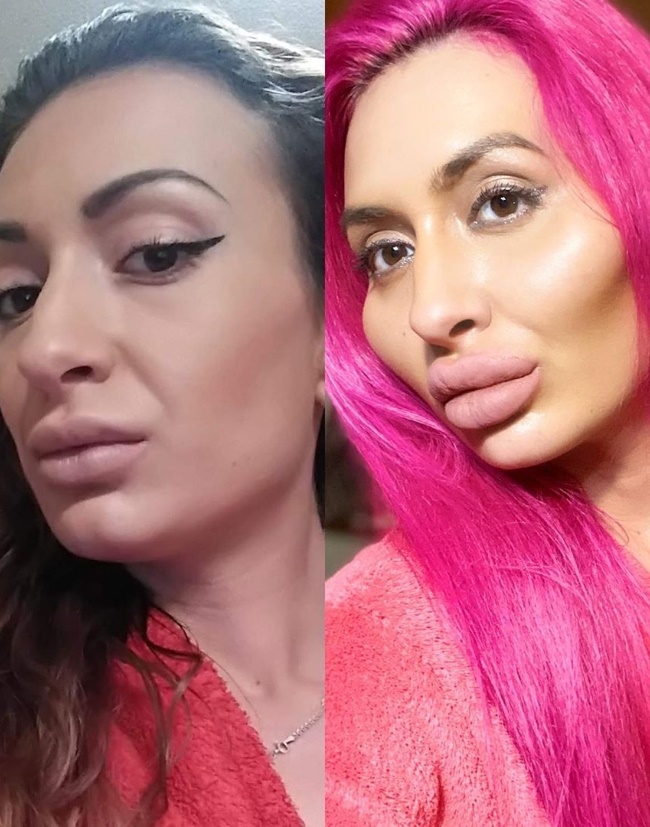 “There’s a reason injectable fillers are administered by experienced medical practitioners. Just because something is non-surgical, doesn’t mean it is non-medical. It takes a lot of skill and knowledge to do these; you should always make sure you’re in an environment where this can be done safely – not a kitchen or bathroom.”

Anastasiia insists her equipment at home is sterile, “just like a doctor’s”.

The surgeon, however, says it is “madness” for people to inject their own fillers.

Anastasiia says her looks attract plenty of attention in real life and on social media, and not all of it is positive.

“I've had people tell me I am an ugly b***h and that I should kill myself, but when I see it I just laugh it off and ignore it,” she says.

She says she earns money from her Instagram posts and hopes to go under the knife in the future, saying, “I want to get a boob job because nature didn't give me any breasts at all.” We live in a world where facts and fiction get blurred
In times of uncertainty you need journalism you can trust. For 14 free days, you can have access to a world of in-depth analyses, investigative journalism, top opinions and a range of features. Journalism strengthens democracy. Invest in the future today. Thereafter you will be billed R75 per month. You can cancel anytime and if you cancel within 14 days you won't be billed.
Subscribe to News24
Related Links
Battered, botched and bruised! Instagram model couldn’t sit for four months after bum surgery
Mom-of-three has R350k worth of surgery to look like the Duchess of Sussex
Next on You
How surgeons used a groundbreaking virtual reality procedure to separate conjoined twins connected at the skull