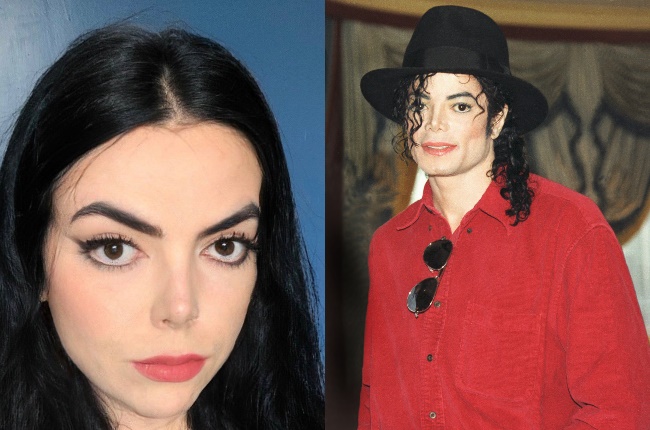 The similarities are uncanny – and may just be blamed on the boogie.

A teen’s selfie has gone viral on social media with commenters pointing out her resemblance to Michael Jackson.

Lorun Elisabeth, a student from Manchester, shared a selfie to Twitter along with the caption, “Blame it on the boogie.”

Blame it on the boogie ?? pic.twitter.com/O7BTlKcFQw

According to the Mirror, the lookalike’s photo has received more than 600 comments and nearly 110 000 likes.

“Michael Jackson in heaven calling the police for identity theft…” one user commented.

The 17-year-old found the comments and reactions hilarious. "I think it’s quite clear that in that picture I look a lot like Michael Jackson,” Lorun says. “So, I guess people just ran with it and now I’m known as the 'Michael Jackson girl'.

"So many people have been retweeting it with popular Michael Jackson lyrics. Ones such as 'I don’t have nothing to say so imma just beat it' – that one made me laugh.”

However, her newfound fame online has come with a downside. Lorun has had to deny having plastic surgery to look like the Billy Jean singer, Unilad reports. “This made me quite angry because it is not the case,” she says.

But all in all, she’s still in disbelief that her post blew up. “It’s been so funny seeing my face everywhere. I can’t escape it!” Lorun said.

Over the years many Michael Jackson doppelgangers and impersonators have popped up on social media.

Last year, Sergio Cortes caused many to question whether Michael was still roaming the earth when videos and photos were found online, Extra reports.

Sergio works as a Michael Jackson impersonator and has toured the world. He has the same curly black hair and features as the Thriller singer and has fooled fans into thinking he really is Michael, Daily Star reports

“Anyone know about Sergio Cortes? Is that true? Michael Jackson still alive?” one fan wrote on Twitter.

“Sergio Cortes looks so much like Michael Jackson it’s scary,” another wrote.

Fans were so convinced, they prompted the performer to have a DNA test to prove he isn’t the real King of Pop.

More celebs who have found their doppelgangers online

After a viral TikTok video, many were stunned to find out that the person they were watching was not Ariana Grande, Teen Vogue reports. Paige Niemann creeped out many social media users with her uncanny resemblance to the pop star, and even Ariana took notice.

i just wonder whyyyy the cat voice / dialogue. ?? i am sure she is the sweetest sweet sweetheart forreal !! but it’s definitley bizarre seeing people blend the two worlds lmao.

This one kicked off the debate that there may be more than on Selena Gomez. Sofia Solares, from Mexico, stunned the internet and Selena fans when her resemblance to the former Disney star was spotted.

The Duchess of Sussex has a lookalike who wholly unprepared for the royal comparison, Elle reports. After Instagram influencer Akeisha Varnado Land posted a photo with her daughter earlier this year, she found herself flooded with comments about her similarities to the royal.

“I get compared to her quite often, and not just online. Out and about, whether at church, the movie theatre, or at the grocery store...even my close friends and family say I look like her!” Akeisha said.

“Even though I myself don't see the similarities, I definitely take it as a huge compliment."

An #usie with my littlest love in our matching “LOVE” sweatshirts from @coolkiidzwear :heart: • What I love about these sweatshirts is not only their obvious adorableness, but also the fact that they aren’t super thick. Which is perfect for fall and winter because you can layer it with other things and not worry about sweating out your hair (ain’t nobody got time for that! :woman-tipping-hand::skin-tone-4:). And if your kid(s) are anything like mine, they get hot real fast running around all day, so lightweight layers are imperative. I also love that you’re able to take the layers off to rock it in the spring for those still cool days. These sweatshirts are perfect for year round cuteness! • Have a great week friends and remember to tell the people you care about that you love them... and as always, keep it cute! :kissing_heart: