Mom (43) is often mistaken for her son’s sister, all thanks to Botox 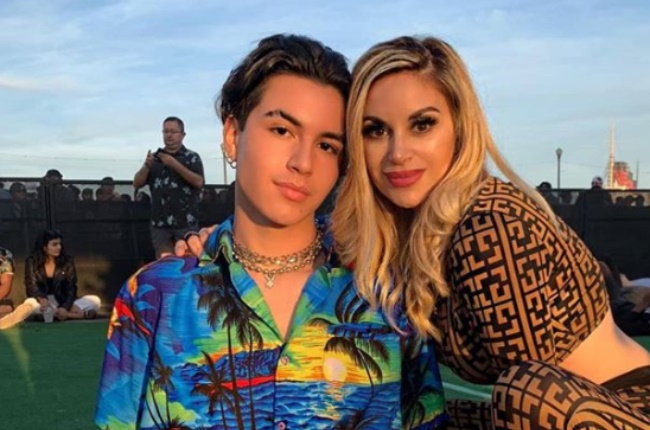 Teenagers are perennially embarrassed by their parents for not being cool, but Rodrigo Iglesias has precisely the opposite problem. His 43-year-old mum Marcela is almost too cool, so cool in fact that strangers regularly mistake them for siblings because of her youthful looks.

Marcela Iglesias, who lives in Los Angeles in the US, is “flattered” when people assume she is two decades younger. The mom-of-one credits regular Botox injections for keeping her skin smooth and wrinkle free.

But while she loves being mistaken for her 19-year-old son’s sister, Rodrigo hasn’t always been a fan of the attention.

“When we go out together to concerts or shopping – people think I am part of his group of friends,” Marcela said. “They can’t believe I am his mother,” she adds.

Describing it as a “massive compliment” she said Rodrigo used to get “embarrassed” but says “he loves it now that he is older ”, The Sun reports.

“I guess it is because I am not a typical mom. I am trendy and fashionable,” she said.

“We sometimes share clothes. I have some unisex jackets which look great on him.”

Marcela refuses to behave like a “normal” mum, describing herself as “a little crazy and extreme”.

“I don’t act my age. I love hearing what the younger generation have to say, because they’re our future – so I always catch up with my son’s friends.

“I find that people forget how to live their life and worry too much with age but I do my best to live life to the full.”

Despite spending a small fortune on Botox every year – R16 000 to be exact – Marcela says she hasn't had any plastic surgery. But she has had filler in her lips and cheeks.

“I started getting Botox and fillers in my thirties. I get it to maintain and enhance my natural looks,” she said.

“I’ve also had stem cell therapy which meant I was injected with 30 million stem cells.

“It is to repair and generate healthier and new cells.”

While Marcela swears by controversial rejuvenation skin treatments, experts have pointed out in the past there is still a lack of research and evidence.

She also added that while she is “not against surgery” at this stage she hasn’t ever had anything done.

“I have never had any other cosmetic procedures – I definitely think less is more.

“I am not against surgery but I do think if you get too much it can make you look older.

“However, I would be open to a face lift in the future if I needed one.”

Her other beauty tips include living a “stress-free life” and quitting smoking.

“I lead a healthy and balanced lifestyle which is always good for your appearance,” she said.

The Latina-American woman has a huge following on social media, with 303 000 fans on Instagram alone where she regularly shares snaps of herself in skintight outfits.

We live in a world where facts and fiction get blurred
In times of uncertainty you need journalism you can trust. For 14 free days, you can have access to a world of in-depth analyses, investigative journalism, top opinions and a range of features. Journalism strengthens democracy. Invest in the future today. Thereafter you will be billed R75 per month. You can cancel anytime and if you cancel within 14 days you won't be billed.
Subscribe to News24
Related Links
Battered, botched and bruised! Instagram model couldn’t sit for four months after bum surgery
Woman with largest lips in the world parades her new pout after 20th injection
American man spends R760k to look like an alien
Next on You
Monkeypox is in South Africa but you don't need to panic – here's all you need to know about the virus