My child died after eating a loo-cleaning capsule: grieving mom warns other parents A heartbroken mother has warned parents of the dangers of household cleaning products, saying her two-year-old daughter died after swallowing a Toilet Duck capsule.

British toddler Arietta-Grace Barnett was killed by the toxic chemicals found in the widely used product, says her mom, Lucy.

The mother from Sarisbury Green in Hampshire describes the family’s loss as catastrophic and says moms and dads should “pause” before buying certain cleaning products and consider the dangers.

“While we welcome further investigations, the coroner is doing into the Toilet Duck product, we would urge parents to think very carefully before buying these and products similar to them,” she told the Daily Mail.

If your child does manage to get hold of a product, Lucy adds, tell hospital staff what happened to Arietta-Grace so they don’t pass it off as a gastro infection – as was the case with her little girl.

Arietta-Grace was playing with her four-year-old sister when the incident happened.

While no one saw her put the capsule in her mouth, her mother says she realised she’d been playing with the dispenser as there was a “bit gouged out of it”. The Toilet Duck discs that led to the death of a British toddler last year. (Photo: product picture)

She was rushed to hospital after she started throwing up “bright pink vomit”. The little girl was discharged four days later after being diagnosed with potential gastroenteritis”.

A coroner’s court hearing was told a hospital doctor googled the list of ingredients in toilet bleach before deciding they weren’t toxic to the two-year-old.

But 11 days later the little girl suffered a nosebleed and started vomiting blood. She was rushed to the emergency unit where she died.

Coroner Rosamund Rhodes-Kemp has called for further investigations to ensure the manufacturer of the product be alerted to its potentially deadly nature.

She said an issue with Toilet Duck’s child proofing also needed to be highlighted. “It wasn't child proof because it had definitely been tampered with at the top and according to Mum, that was done by one of the children,” she said.

"If it was possible for this to be opened, that is an issue and will have implications to manufacturers and parents about how they keep this type of product."

Another problem with the product was that it was designed to slow-release "globules" of chemicals, which ultimately may have proved lethal.

Paediatric surgeon Simon Keys told the hearing that if a chemical from the product had caused such a significant injury as suffered by Arietta-Grace, then “this is the first time it has happened in the world".

"If this is the explanation for the injury, it has wide implications for everybody in the medical community treating people with this type of injury and for the people making these products.” 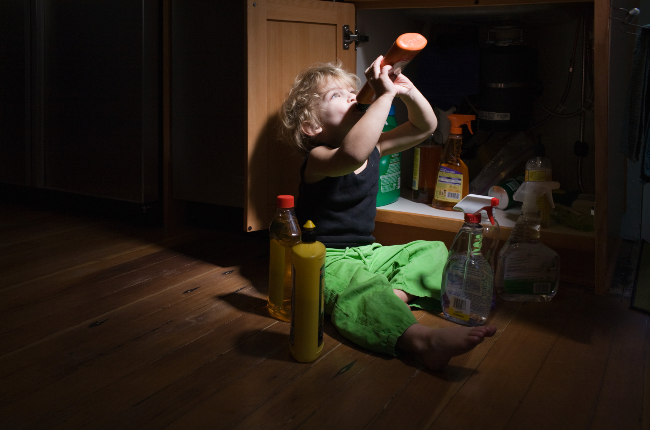 Children are curious by nature and can get into areas where household detergents are kept and ingest them. It's best to keep such places under lock and key. (Photo: Gallo Images/Getty Images)

A spokeswoman for SC Johnson, which makes the toilet-cleaning product, said the young girl’s death was “heartbreaking” and that their thoughts were with the family.

“As it remains unclear exactly what caused this tragedy, we’re unable to provide further comment at this time,” she said.