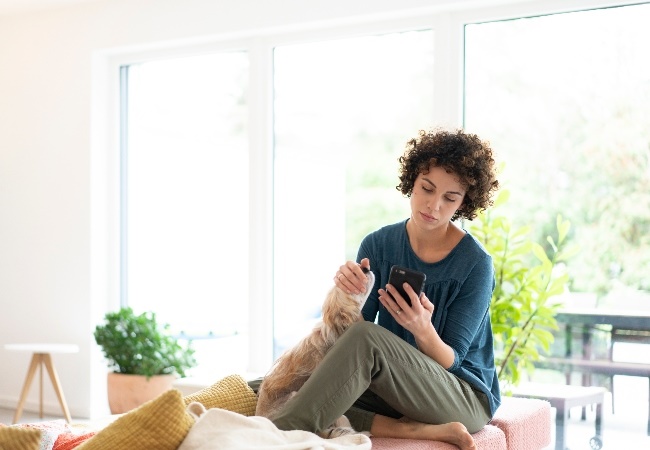 In times of crisis, we cling to what we hold dearest – like our smartphones. We can all agree this year has been a disaster, but at least our phones have not abandoned us.

Still, would we choose our phones over a precious pet?

Apparently, we will. A new survey has found that for some pooch parents, the idea of being separated from their smartphones for a month is scarier than spending a month without their fur babies.

Marketing agency SimpleTexting surveyed more than 1 000 American smartphone users to learn what sacrifices they would make to keep their devices.

It turns out that when phone-obsessed animal lovers are asked to pick between their pets or their phones, about 40% are willing to part ways with their pets for a month if it means keeping their smartphones.

Is it really that much of a surprise? We check our phones 10 or more times per day, spend a daily average of three hours and 15 minutes on them, generally answer text messages within 90 seconds and panic when we can’t find our phones.

The good news for anxious doggos is that they stand a better chance of being kept around than their owners’ significant others.

The same survey found that 44% of respondents would rather be separated from their partners for a month than be away from their beloved smartphones. 40% of the phone-obsessed animal lovers are willing to part ways with their pets for a month if it means keeping their smartphones. (Photo: Gallo Images/Getty Images)

However, as SimpleTexting points out, the “pandemic stress and lockdowns with significant others” may have something to do with respondents’ willingness to take a month-long break from their partners.

Despite many saying they would be ready to part ways with their partners, 53% say they would rather give up their phones than go without sex.

Drinks would be even easier to give up with as 72% of phone users saying they’d rather give up alcohol for a month, and 645 would rather give up coffee than their smartphones.

As for Netflix and Instagram, the streaming service and photo-sharing platform stand no chance against our devices.