A pet parrot has been hailed a hero after saving his owner from being engulfed in flames at his home.

The bird, Eric, saved the day when he woke his owner Anton Nguyen, of Brisbane, Australia, at two in the morning.

The shaken owner said the parrot raised the alarm by yelling his name – even before smoke detectors picked up the fire, according to ABC Net.

“I heard a bang and Eric – my parrot – started to yell so I woke up and I smelled a bit of smoke,” Anton told local media.

“I grabbed Eric, opened the door and looked to the back of the house. I saw some flames so I grabbed my bag and bolted downstairs.” The parrot sensed the fire before smoke detectors did. (Photo: 9News)

Anton, whose home was burnt to the ground, was assessed by medics and pronounced in good health.

“I'm in shock but I'm fine,” he said, adding that the parrot is also in tip-top condition.

“The fire pretty much engulfed the whole premise,” he said. Fire crews were able to control the blaze On Wednesday morning. (Photo: 9News)

The fire services are currently investigating the cause of the fire.

The parrot isn’t the first pet to save an owner’s life.

In 2011, Ian Thomas, of Cornwall, England, was struck by a lightning bolt outside his home, which catapulted him 91 metres across the ground.

Monty, who was also struck by lightning, licked his face until he came to and Ian managed to wrap his arms around the brave pooch’s neck.

Mustering up all his strength, Monty then dragged him home and Ian’s wife rushed him to the hospital where he was treated for his injuries. The German schnauzer saved his owner who was struck by lightning. (Photo: Gallo Images/Getty Images)

A man from Michigan in the US known slipped in the snow in 2017 and broke his neck – and Kelsey lay on him for 20 hours, preventing him from developing severe hypothermia and frostbite.

“I was screaming for help but my nearest neighbour is about a quarter mile (402m) away and it was 10.30pm,” Bob recalls. “But my Kelsey came.

“By morning my voice was gone and I couldn't yell anymore, but Kelsey didn't stop barking. She kept me warm and alert.”

One of Bob’s neighbours eventually found him and he was rushed to hospital where doctors performed spinal surgery. He has since recovered – thanks to his faithful best friend. 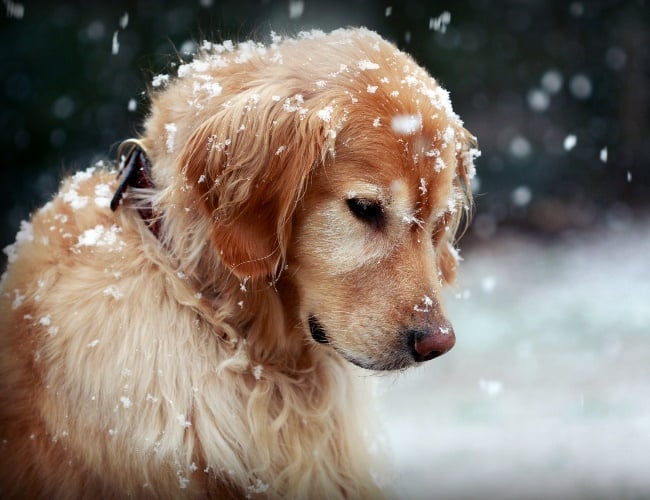 A few hours after Amy Jung adopted her Pudding from a shelter in Wisconsin, US, in 2012, the then-36-year-old had a diabetic seizure.

The feline planted his weight on Amy’s chest before whacking her face with her paws and biting her nose.

Amy came to a few seconds later and was able to call for medical help.

If it hadn’t been for Pudding, she says, “I wouldn’t be here today.” In 2009, Willie’s owner, babysitter Megan Howard, was looking after then-three-year-old Hannah, at her home in Denver, Colorado. While Megan was in the bathroom, the tot started choking on her breakfast.

The babysitter then heard her parrot repeatedly yelling “Mama, baby” while flapping his wings. When Megan rushed into the room, she found the youngster blue in the face – she then performed the Heimlich manoeuvre, which saved Hannah’s life. We live in a world where facts and fiction get blurred
In times of uncertainty you need journalism you can trust. For 14 free days, you can have access to a world of in-depth analyses, investigative journalism, top opinions and a range of features. Journalism strengthens democracy. Invest in the future today. Thereafter you will be billed R75 per month. You can cancel anytime and if you cancel within 14 days you won't be billed.
Subscribe to News24
Related Links
Who’s a clever boy, then? Singing parrot gets his own fan base!
Family pleads for the safe return of their stolen African grey parrot: ‘She’s been in our family...
Parrot hailed hero after saving family from house fire
Next on You
Watch the special moment this dad helps his blind son experience a world cup goal