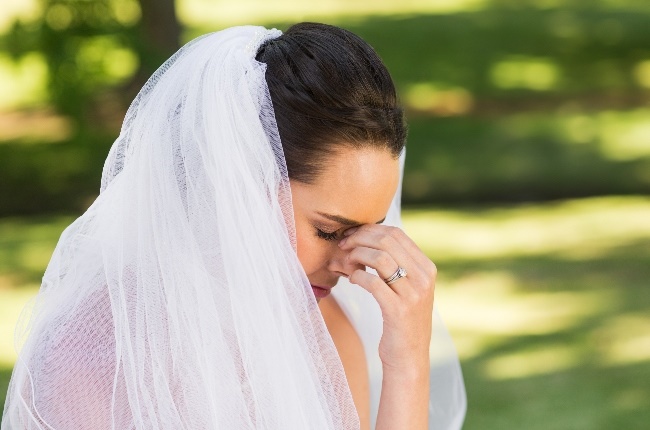 Cassey from the United States has been married 10 times and is still determined to find her prince charming. (Photo: Gallo Images/ Getty Images)

She’s a firm believer in the saying if at first you don’t succeed, try, try and try again. Cassey, from the United States, has been married 10 times yet refuses to give up on finding Mr Right.

“I don’t care how many marriages it takes, I will keep trying until I find the one that can love me,” she says. The 56-year-old has wed all different types of men from a preacher to a rocker, to her high school sweetheart – but no matter what type of man she picks, her marriages always end in heartache.

“It’s gotten to the point where I’m either going to laugh or cry about it. Sometimes I do both,” Cassie says.

Speaking to talk-show host Dr Phil, she says her first and longest marriage lasted eight years. Cassey said it ended by mutual agreement but Dr Phil quipped, “They never do”.

She was engaged to her second husband for two and a half years and the couple had a son, but the relationship began to sour when her husband stopped telling her he loved her.

He’d simply reply “ditto” when she told him she loved him, she says, and that caused further problems in her marriage. Their marriage lasted seven years.

Now she’s on marriage number 10 – and this one is also on the rocks. Cassey is now contemplating splitting from her partner, after accusing him of being a control freak.

But one of her exes says Cassey isn’t blameless as their marriage ended because she cheated on him.

“She treats marriage like a job, she won’t quit one until she has another one lined up ready to go, so she’s not in between paychecks,” the ex says.

Cassey may be a self-confessed serial bride but the record for the most marriages belongs to American Baptist minister Glynn Wolfe. At the time of his death in 1997, Glynn had married 29 times.

We live in a world where facts and fiction get blurred
In times of uncertainty you need journalism you can trust. For 14 free days, you can have access to a world of in-depth analyses, investigative journalism, top opinions and a range of features. Journalism strengthens democracy. Invest in the future today. Thereafter you will be billed R75 per month. You can cancel anytime and if you cancel within 14 days you won't be billed.
Subscribe to News24
Related Links
Bride’s friend discovers that her ‘expensive’ ring is actually worth R220
Bridezilla slammed for wanting to replace her maid of honour because of her ‘bad teeth’
Bride slammed for putting her invited wedding guests into categories of importance
Next on You
He started going to gym in his 60s and at 94 he's still going strong