The hair does not lie! Scientists find new way of tracking your diet 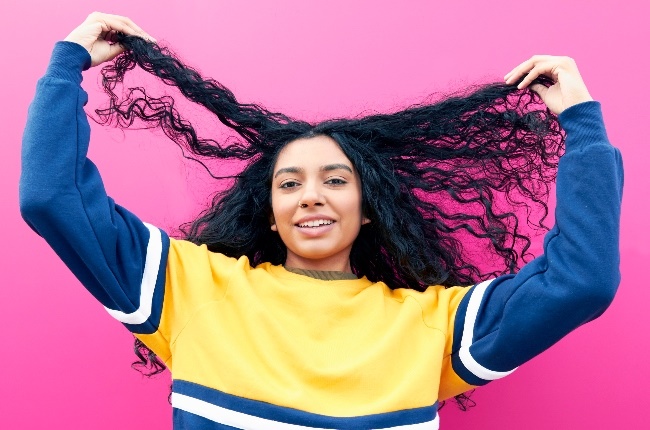 You may want to think carefully next time you plan to chow down on some fast food – the evidence could show up in your hair.

According to a study recently published in Proceedings of the National Academy of Sciences, your hair could shed new light on what you eat, which health risks you might face – and even how much you paid for your haircut.

James Ehleringer and Thure Cerling, professors at the University of Utah in the US, put together a research team consisting of academic colleagues and roped in some family members too.

Ehleringer’a wife, Edna, and Cerling’s college-age kids, Claire and Dylan, joined the team, which then went to randomly selected hair salons and barber shops in 65 cities across the United States.

“They would let us go to the trash bin and pull out a handful or two of hair, which we then sorted into identifiable clusters representing individuals,” Ehleringer explained.

No attempt was made to identify a salon patron nor did the team use the hair clippings to pinpoint a person’s age, gender, travel or health status. That isn’t what they were after.

For Ehleringer and Cerling’s team, those random hair clippings proved to be a rich source of data about dietary patterns in different communities.

Hair is made of keratin, which contains both essential and nonessential amino acids, the latter of which is derived from either dietary proteins or carbohydrate sources.

The study found that animal-derived proteins, such as meat and dairy, accounted for 57% of US diets, on average.

By analysing amino acids present in hairs, researchers discovered distinct differences in the carbon isotopes of hair samples, depending on what food livestock eat. The study found that animal-derived proteins, such as meat and dairy, accounted for 57% of US diets, on average.(Photo: Gallo Images/Getty Images)

Basically, the food an animal eats before it becomes your dinner is the key to revealing your diet.

Livestock raised on concentrated animal feeding farms are usually fed corn. Corn is considered a “C4 plant,” a group that includes sugarcane and photosynthesises differently to legumes or vegetables.

The corn is absorbed into an animal’s body and if you eat the meat of an animal that lived on corn, amino acids that create your hair will have chemical ratios just like corn.

An animal raised on a diet of grass is considered a healthier alternative as its meat is higher in key nutrients, including antioxidants and vitamins, and also has twice as many omega-3 fatty acids as it’s corn-fed counterpart.

Meat from a grass-fed animal also tends to cost more as it takes longer for cattle to reach their processing weight – they weigh less without grain or corn to bulk up their diet.

The analysis indicates the proportion of corn-fed protein people ate was higher in poorer communities – in some cases it accounted for as much as 75% of people’s diets.

Researchers even noticed an association between the cost of a haircut and the carbon isotopes in hair, with haircuts costing less in areas where people had a higher proportion of corn-fed protein in their diet.

“We had not imagined it might be possible to estimate the average cost an individual had paid for their haircut knowing [carbon isotope] values,” the authors wrote.

The results could have broad implications for science research, they added.

Hair samples could be a better way to accurately track what people eat than traditional methods such as surveys, which rely on people's ability to remember every detail of their daily diet.

"This measure is not biased by personal recollections, or mis-recollections, that would be reflected in dietary surveys," Ehleringer says.

This is not the first time Ehleringer has gone digging in the bins of US hair salons.

In 2008 the professor developed a similar type of hair analysis to trace where a person has been, as a result of the isotopes in the water they drink.

Which all ultimately boils down to one thing: the hair don’t lie.

We live in a world where facts and fiction get blurred
In times of uncertainty you need journalism you can trust. For only R75 per month, you have access to a world of in-depth analyses, investigative journalism, top opinions and a range of features. Journalism strengthens democracy. Invest in the future today.
Subscribe to News24
Related Links
Nordic diet keeps dementia at bay
Having problems with your hair, nails or skin? It could be a sign of health problems
Meal times can impact weight loss
Next on You
Meet the master of emojis Jeremy Burge, the creator of Emojipedia who lives on a riverboat

Read more on:
diethairhealthyresearch
LATEST YOU