“Authorities have identified households with pet dogs and are forcing them to give them up or forcefully confiscating them and putting them down”, a source told South Korea's Chosun Ilbo newspaper.

The move by Kim is apparently aimed at appeasing public discontent amid a dire economic situation in the country.

Having a dog as a pet is considered a privilege reserved for the elite in the capital Pyongyang while ordinary people have pigs and other livestock.

The controversial leader declared that pet dogs are a symbol of capitalist “decadence” and ordered dogs in Pyongyang be rounded up, Mail Online reports.

“Some of the dogs are sent to state-run zoos or sold to dog meat restaurants,” the source adds.

Pet owners are reportedly cursing Kim Jong Un behind his back but are forced to hide their contempt, New York Post reports. Very few acts of defiance against the man who likes to be referred to as “the supreme dignity” go unpunished.

It’s not the first time human’s best friend has been used as a political tool.

Back in the 1980s middle-class Pyongyang residents were urged to keep dogs as part of the regime’s attempt to spruce up its image in the run up to the 1989 World Festival of Youth and Students. 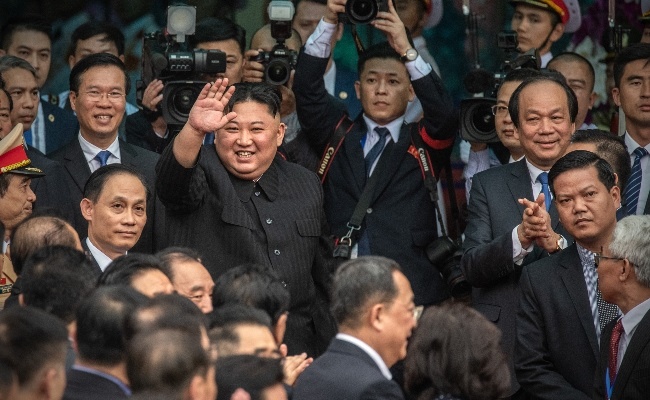 The government at the time embraced dog-owning as a symbol of economic development and sophistication, and families walking their pooches became the prime focus of several state-run television soap operas.

But times sure have changed.

According to a recent report by the United Nations, around 60% of North Korea’s population is facing widespread food shortages, worsened by sanctions imposed on the regime because of its nuclear missile programmes.

North Korea’s decision to close the border with China due to the coronavirus also hasn’t helped. Beijing traditionally supplies food to Pyongyang.

Natural disasters that hit the country last year have negatively impacted the harvest too.

Kim, however, is confident his people will weather this storm by using every resource available to them.