From homeless to a beacon of hope: meet the man who started a haven of productivity for the desperate 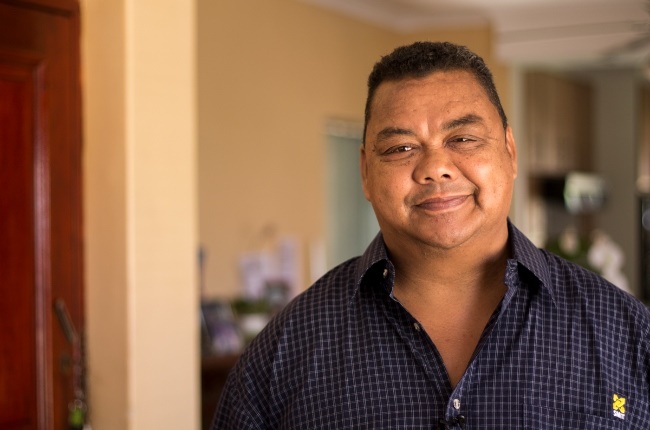 For 15 years he was on the streets, walking kilometre after kilometre searching for a soup kitchen to quell his hunger pangs.

Today, Paul Talliard from Diep River in Cape Town runs the award-winning social enterprise Hands of Honour, which aims to help the increasing number of boys and men roaming the streets and provide a space where they can learn, earn and grow.

But Paul walked a difficult, dark and lonely road to get to where he is today. Drugs were his downfall and saw him losing not only his job as a fireman,  but his home, family and dignity too.

He was 31 when he started experimenting with drugs, he tells us. “And it took me less than a year on crack cocaine to lose everything.”

By the time he turned 32, he weighed about 55kg, had TB and was also battling alcohol addiction.

His addiction to drugs and booze lasted for 35 years and he was homeless for 15 of them, Paul says. Soup kitchens in Muizenberg and Kalk Bay were his only way to survive.

“I had nothing,” he says. “There was a time I didn’t even own any underwear.”

But in August 2010 everything started changing.

He hadn’t eaten for two days and was totally down and out. As he walked past a litter bin, he saw a half-eaten packet of McDonald’s chips. He reached into the bin – and what happened next shocked him to the core. A homeless guy came up to him and handed him R10 to buy something to eat.

“This homeless person who was clearly struggling gave me this money and I didn’t even know how to react,” Paul recalls. He knew he was at rock bottom. “I used to make a good living as a fireman, now here I was. Right then and there I decided to make a change.”

The random act of kindness triggered something in Paul and he knew he needed to take control of his life again. The next day he went to the soup kitchen he usually went to in Steenberg and asked the supervisor if she could help him change his life.

“She helped me by bringing me clothes and toiletries and she gave me odd jobs like mowing the lawn and working in the soup kitchen,” Paul says.

He went cold turkey and within three weeks he vowed he would never touch alcohol and drugs again.

His life was back on track – and soon he’d help others too.

“One day I was helping out in the soup kitchen and I was asked to speak to the men who came in for food about how they could better their situations. I told myself if eight guys stay behind to listen to me, I would continue with this work. Out of 150, exactly eight guys stayed behind – and that is essentially how Hands of Honour started,” Paul says.

“They join the programme, they recover, get sober and then they go out and find jobs. There are always people coming and going,” Paul says. “Our upcycling centre is where businesses donate their unwanted goods from building materials to appliances and old furniture and we upcycle the items and make them almost new again and then sell them. We also make and sell award-winning furniture,” he says.

He says the COWs are “innovative, solar-powered mobile classroom and modular teaching spaces which are able to transform any area into a classroom for learners”.

The classrooms on wheels are made from upcycled materials and have been created in collaboration with local and international educational experts and sponsors. The COW caters for a diverse range of learning needs to disadvantaged communities and focuses on three levels. “We have the early-childhood development COW, basic hygiene and lifestyle COW [a Covid-19 edition] and the science, technology, engineering and maths COW,” Paul says. The COW caters for a diverse range of learning needs to disadvantaged communities and focuses on three levels. (Photo: Supplied)

He says the past 10 years haven’t been easy and he had to make a lot of sacrifices, but the response from businesses and communities as well as his passion to bring social entrepreneurship to his community is what fuels him and his team to continue the fight.

“My wish and dream are to see poor communities and businesses in SA embrace social entrepreneurship as a means to get people out of poverty. We need to create more jobs to improve the standard of living in our communities.”

We live in a world where facts and fiction get blurred
In times of uncertainty you need journalism you can trust. For 14 free days, you can have access to a world of in-depth analyses, investigative journalism, top opinions and a range of features. Journalism strengthens democracy. Invest in the future today. Thereafter you will be billed R75 per month. You can cancel anytime and if you cancel within 14 days you won't be billed.
Subscribe to News24
Related Links
Cape Town man gives up his home for the greater good of the community
Home-grown health – lockdown sends a man on a mission to restore nutrition and jobs to his community
Local man creates awareness around masculinity and GBV in his community: ‘We should all play a role’
Next on You
She changed her school's outdated hair policy and now activist Zulaikha Patel is being honoured by the UN