Kalahari fire tragedy: two months on and still no answers The whole Carstens family, mom Dané, dad Hendri and sons Pierre-Johan (back) and Magiel succumbed to the blaze. (Photo: Facebook)

It’s been two months since a fire in a remote part of the Kalahari claimed the lives of 10 members of three young families, yet authorities are no closer to determining what caused the horror blaze.

And for the deceased’s loved ones, the grief and loss are still every bit as excruciating as they were in the shellshocked early days.

“We’re taking it one day at a time,” Betsie Carstens tells YOU.

Betsie and her husband, Pierre, who live in Tulbagh in the Western Cape, are the parents of Hendri Carstens (38). Hendri; his wife, Dané (32); and their two young sons, Pierre-Johan (5) and Magiel (3), all died in the fire.

“My husband and I support each other. Sometimes when he’s having a bad day, I might be doing better. And when I’m down, he’s strong for me.

“It’s still deeply painful and there are so many things . . . We’re slowly picking up the pieces,” she says.

“But we’re also experiencing so much grace and prayers from our friends.” 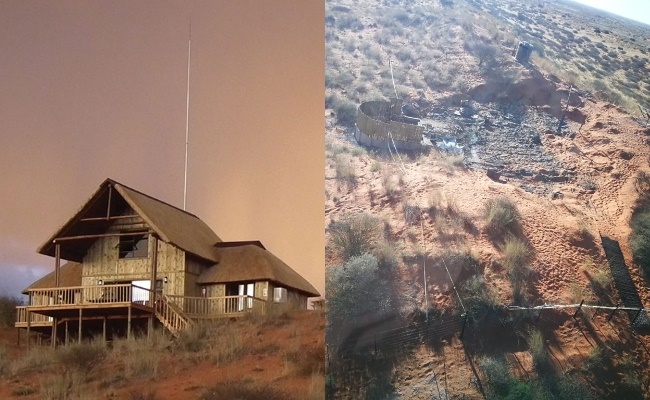 The lodge before and after the devastating fire. (Photo: Supplied)

The Bauer, Davin and Carstens families from Ceres in the Western Cape were on holiday in the Kalahari. On 16 August, at around 1.20 am, a fire broke out in the lodge where the families were sleeping.

The thatch-roof house quickly burnt to the ground, claiming the lives of 10 people. Frans and Wilmien Davin with their three children, Iza, Frans and Ben. Only Wilmien and Ben survived the tragedy. (Photo: Facebook)

The body of Inge Bauer (6) was never found. Remains found in the rubble are yet to be proven to be Inge’s. Stefan Bauer (39), Madelein’s husband, also perished in the blaze.

Hendri and Wilmien’s husband, Frans Davin (36), were brought to hospitals in Cape Town via helicopter but both succumbed to their injuries within days.

In response to YOU’s inquiry, police spokesman Brigadier Mohale Ramatseba says the cause of the fire in the Blinkwater Desert Place Manor is still unknown.

“Though to the public two months may seem like enough time to complete the investigation, it’s not that simple,” he says. “It’s very tough because the fire was so destructive and there’s very little left for the experts to work with.”

He adds that it’s hard to estimate when the investigation will be completed.

“It can be weeks, months or even a year,” he says.

We live in a world where facts and fiction get blurred
In times of uncertainty you need journalism you can trust. For 14 free days, you can have access to a world of in-depth analyses, investigative journalism, top opinions and a range of features. Journalism strengthens democracy. Invest in the future today. Thereafter you will be billed R75 per month. You can cancel anytime and if you cancel within 14 days you won't be billed.
Subscribe to News24
Next on You
She changed her school's outdated hair policy and now activist Zulaikha Patel is being honoured by the UN