Tashreeq (17) from Hanover Park in Cape Town has been juggling his studies for his matric final exam. (Photo: Supplied)

It’s rare that there’s ever a silver lining for victims of crime, but the outpouring of goodwill and support for Tashreeq Doovey after he was robbed of his cellphone has been “unbelievable,” says the Grade 12 learner.

Tashreeq (17) from Hanover Park in Cape Town has been juggling his studies for his matric final exams and working 12-hour shifts at a catering company, as he is his family’s breadwinner.

He was walking home from school with his classmates, having returned to write his mock matric exams at Windsor High School earlier this month, when he collapsed from exhaustion. A man approached the boys and offered to help Tashreeq, but instead made off with his new cellphone

Tashreeq was gutted, because his schoolwork and university and bursary applications were on his phone, but he knew there was no use complaining. 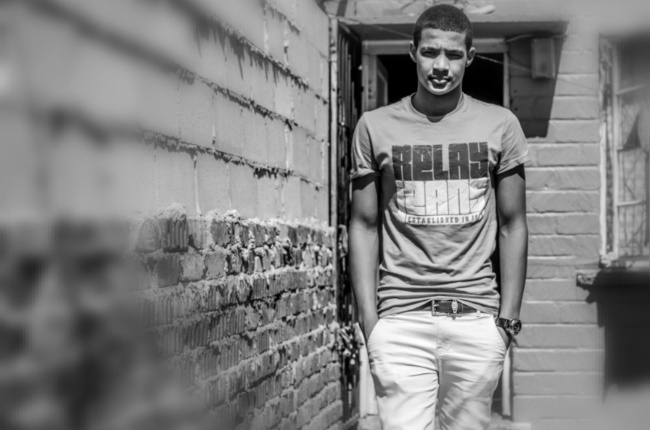 Tashreeq was gutted, because his schoolwork and university and bursary applications were on his phone. (Photo: Supplied)

“I was worried how he would get his schoolwork because it was the only device he had been using,” his mom, Raygaanah, tells us.

“He had applied to universities and for bursaries, so I was very worried about that as I wouldn’t have money anytime soon to buy him a phone, and I knew he needed one urgently.

Her family has been struggling for years, Raygaanah says, adding that they survive on social grants and live with relatives because they cannot afford a house. In all, nine people share a two-bedroom house.

“I have four children and both my husband and I are unemployed and Tashreeq works very hard. He studies every night in a corner in the kitchen.” Her family has been struggling for years, Raygaanah says. (Photo: Supplied)

Tashreeq’s classmates, who knew about his tough situation decided they would help him out. They collected money and bought him a new cellphone and a matric jacket.

In a now-viral video posted on social media, Tashreeq was overwhelmed with emotion when his gifts were presented to him.

“I was so surprised, and I felt so special. I was really thankful for what they did for me because it was really a time in need for me. After all, exams were reaching and things were getting tough and my workload was piling up,” Tashreeq says about the special moment.

The goodwill didn’t stop there.

The mom of one of Tashreeq’s pals, Roxanne Carter, started a Backabuddy campaign to help pay for the Doovey family’s groceries, electricity, transport and data for Tashreeq’s school work. “I started the Backabuddy page to lighten Tashreeq’s load,” Roxanne tells us. “I wanted him to focus solely on his schooling.”

South Africans have already donated over R114 000. “It is insane. I still can’t believe it up to today,” Tashreeq says, adding that he no longer has to work on weekends and can focus on his studies.

“I was stunned by the kind gesture by his classmates and I am so grateful that he can now focus on his schoolwork instead of having to work,” says his mother, adding that she is proud of her hard-working son.

“I always tell him that hard work always pays off. Not on our time but on the Creator’s time.”

Despite his difficult circumstances Tashreeq is determined to get his family out of poverty and help other kids in similar circumstances.

“Growing up I would tell my mom, ‘one day, when I’m older, I want to take you out of this place’.

“My sole purpose is to give back and help others. I’d also like to motivate others to be successful and I hope children are inspired by my story.”

We live in a world where facts and fiction get blurred
In times of uncertainty you need journalism you can trust. For 14 free days, you can have access to a world of in-depth analyses, investigative journalism, top opinions and a range of features. Journalism strengthens democracy. Invest in the future today. Thereafter you will be billed R75 per month. You can cancel anytime and if you cancel within 14 days you won't be billed.
Subscribe to News24
Next on You
The Bachelor SA’s Lee Thompson has gone from TV stardom to a homeless shelter