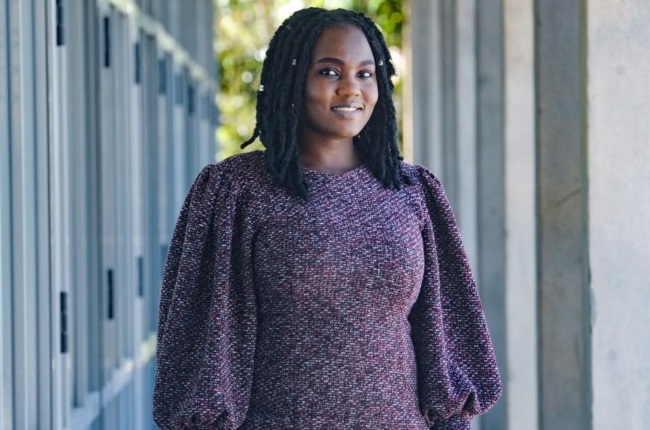 Dr Julieth Gudo's journey to getting an education has not been easy. (PHOTO: Supplied)

If you told her teenage self she'd be doing her research fellowship at a prestigious Cape Town university, she would probably have laughed. Julieth Gudo was 16 when she came to South Africa as a refugee but today she holds a PhD in law.

Then, after her grandmother died she ran away from her home in Zimbabwe – and a child marriage – just so she could get an education.

"School was that place where I could hide and run away from my problems," she tells YOU.

The model student was devastated when her desire to continue attending school was not supported.

Undeterred, she continued going to class. Every day she'd walk to school hungry and without shoes, even when she was turned away for not paying school fees.

READ MORE| This Stellenbosch principal has had enough of learners behaving badly after two years in lockdown – and he wants parents to know it.

Though she was discouraged from learning, she was one of the top three students in her class at the age of 12.

Julieth was well on her way to convincing her grandfather to pay her school fees when her grandmother, who advocated for her education, died.

Coming from a family church norm that expected girls to get married young, a man who was more than four times her age, came for her hand in marriage.

Her grandfather never actively opposed it but Julieth couldn't bear the idea of giving up her dreams.

With the help of an aunt, who gave her some money, she left home at 2am one morning, never to return.

Julieth ran for more than 4km to get a bus from Zaka district, where she was living, to her maternal grandmother's house in the city of Bulawayo. She received her PhD from UCT in December last year. (PHOTO: Supplied)

But when she eventually got there, she encountered more suffering.

Julieth was forced to work around the house: cooking, cleaning and doing laundry and she still wasn't going to school.

Four years later, she'd had enough of being a slave to her family and left home again.

She was 16 and living on the streets in Beitbridge when she met a group of people who were helping others cross the border into South Africa.

With nothing to lose and everything to live for, she joined the group.

Julieth was the youngest of them.

Because they were entering the country illegally, they crossed the border by walking through the crocodile infested Limpopo River. To make matters worse, heavy rains on their journey caused the water level to rise.

"I thought I was going to lose my life that day," Julieth recalls. She's finally found the freedom that she has been searching for. (PHOTO: Supplied)

When they eventually reached safety in SA, she was dumped on the side of the road because she hadn't paid for the illegal crossing.

"I told myself that maybe I was just born to suffer," she says.

Julieth was rescued by a truck driver who drove her to a church that housed refugees.

Finally, she had found the safe haven that she had been searching for: she had a warm bed, dry clothes, enough food and she did odd jobs around the shelter for extra money.

Six years later, she was presented with an opportunity she couldn't resist.

Juliet went back to school with funding from UNICEF.

At the age of 20, after missing school for 8 years, she hit the books again.

And she hasn't looked back since.

After matric she was accepted at the University of Limpopo, where she studied law.

Julieth worked part time to fund her studies but during her second year she received an international scholarship that refunded her for her first year.

When she completed her LLB she began to see that it was possible to continue learning.

Julieth applied for her masters, then her PhD at the University of Cape Town.

Against the odds, she graduated with her PhD in December.

Now she's doing her research fellowship at UCT on the role of NGOs in advancing good governance and development in Africa, which means the university is paying her to continue her research on this topic.

"There's nothing that can make me think, 'This is impossible'. Every time I meet a challenge, I know I'm going to conquer it with time," she says.

We live in a world where facts and fiction get blurred
In times of uncertainty you need journalism you can trust. For 14 free days, you can have access to a world of in-depth analyses, investigative journalism, top opinions and a range of features. Journalism strengthens democracy. Invest in the future today. Thereafter you will be billed R75 per month. You can cancel anytime and if you cancel within 14 days you won't be billed.
Subscribe to News24
Next on You
Bianca Le Grange opens up about her battle to have a baby: 'My heart was broken when the first embryo failed'