Too little, too late: businesswoman pens heartbreaking open letter to the president after she loses liquor business 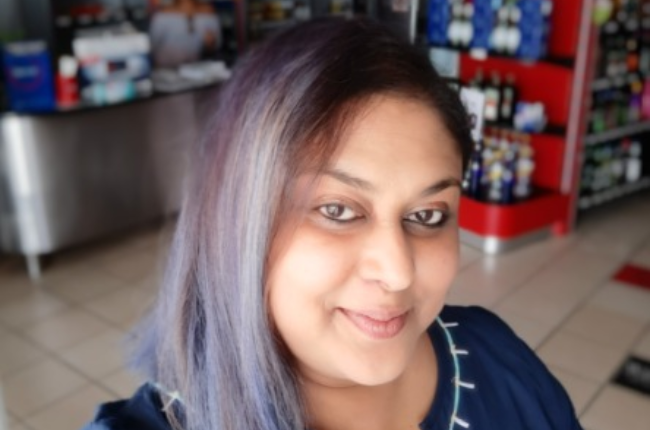 Sandipa Shah Seeparsad has closed the doors on her liquor store after her business was decimated by the lockdown ban on booze.

The 38-year-old recently penned a moving letter to President Cyril Ramaphosa in which she shared the reality of losing her income – and having her dreams shattered.

Sandipa had hoped this business would be the start of whole new future for herself and her family. She was retrenched from her corporate job as a project manager and communication specialist in 2018 and she and her husband, Fenzil (38), decided to venture out on their own.

“We used some of our life savings to buy a retail liquor store in January 2019 and it was fully operation a month later,” she tells YOU. Sandipa and her sister in-law Tanya Shah Seeparsad on the first day the store was opened (Photo: Supplied)

Sandipa, who is based in Randburg, Gauteng, revamped the shop and employed three people to help run the store.

“It takes roughly a year for a business to operate at its full potential,” she says. “Sadly, we were shut down just before we reached that point.”

When the hard 21-day lockdown was announced in March, Sandipa had mixed emotions.

“I was proud of the government for taking such a bold step to make sure the country was protected but I was also worried about what this meant for my family and my business.”

At first she could still pay salaries and bills from the profits from the business but when the hard lockdown was extended money started drying up.

“I was unable to pay my staff and also couldn’t meet my own financial obligations,” she says. “I had to write to all my creditors to explain the situation.”

She applied for the Covid-19 S MME relief funding for small businesses but says she is still waiting for a response.

“You need a reference number first and I still haven’t received one,” she says. “I have tried to call to follow up but I haven’t been able to get through and if you go onto their website you can’t do anything without a reference number.”

Sandipa was overjoyed when the alcohol ban was lifted on 1 June and things started picking up again, even though the reduced operating hours “meant our income was halved”.

And then came yet another blow: the booze ban was reinstated without warning on 12 July. Sandipa was devastated.

“I cried for a whole day because I knew that was the end for my business. I knew I wouldn’t be able to recover from this.”

Sandipa had dipped into what remained of her savings after the first ban to bolster her business but there was nothing left now. So with a heavy heart she decided to cut her losses and close the store’s doors permanently.

“There is no guarantee the alcohol ban won’t be reinstated if there’s another spike in the number of infections,” she says.

“I cannot take that risk and continue renting my premises and then tomorrow a surge is announced and we’re shut down again. . . I can’t afford that. So I have cancelled my lease.”

Sandipa’s family has been incredibly supportive during, she adds, but she help but feel she’s let them down. She also feels bad about all the money that was sunk on the venture. Sandipa, with husband Fenzil and their daughter Sonalia (Photo: Supplied)

“I took a risk but I wasn’t allowed to see how if it would work or not. It’s just been so depressing.”

Moving forward, Sandipa, who has a degree in industrial psychology and shares nine-year-old daughter Sonalia with Fenzil, is looking to get back into the job market.

While Sandipa has no solid plan mapped out yet, she’s optimistic about getting back on her feet again.

“I am prepared to do anything,” she says. “Right now I’m doing an online course to prepare myself to teach foreign students English online.”

Her advice to other business owners who’ve been severely impacted by the pandemic is to be kind to yourselves.

“We are way too hard on ourselves,” she says. “We’re so quick to blame ourselves for things that are totally out of our control. Do a little bit of reflection and realise that it’s not your fault and that you can bounce back from anything.”

We live in a world where facts and fiction get blurred
In times of uncertainty you need journalism you can trust. For 14 free days, you can have access to a world of in-depth analyses, investigative journalism, top opinions and a range of features. Journalism strengthens democracy. Invest in the future today. Thereafter you will be billed R75 per month. You can cancel anytime and if you cancel within 14 days you won't be billed.
Subscribe to News24
Related Links
Umlazi baker boys hustling hard to deliver breakfast for the busy — and create jobs for 14 young...
Home-grown health – lockdown sends a man on a mission to restore nutrition and jobs to his community
Second chances: KZN businessman hires the thief who stole from him
Next on You
Friends and family share shock and sadness following the death of Breyton Paulse's mother