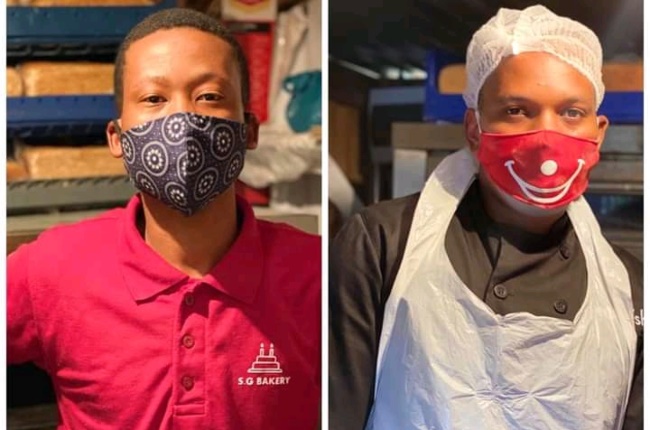 Three million South Africans lost their jobs during the Covid-19 pandemic, but even in the midst of the chaos a pair of Umlazi men saw a golden opportunity to grow their business.

Siyanda Shabane (30) and Mbonisi Gumede (30) had struggled to find work, even with their university qualifications and decided they needed their own hustle. Their concept was deliciously simple – breakfast for commuters on the go.

“After graduating we had to come back home because we had been staying at res,” says Siyanda.

“Like anyone who is a graduate but without the prospect of a job, we were idling at home. We decided that it was useless for us to mope around at home with our qualifications. We had to use our knowledge to find something that could help us meet our daily needs and expenses.” Packing the baked goods into the delivery vehicle. (PHOTO: Supplied)

Knowing they would have to start off small, they went in search of a business idea that could flourish in Umlazi.

Observing the morning hustle and bustle at schools, clinics, bus stops and taxi ranks, they noticed that commuters and learners would often grumble about rushing to work or school without having time to eat breakfast or pack a snack.

“We started thinking about what we could sell them,” says Siyanda. It had to be something relatively easy to make and easy to eat on the go, and so, in July 2019, they began selling fat cakes and muffins.

As their business took off, they added to their offering, learning new recipes from YouTube videos and then selling square cakes for R7 each and cupcakes in a variety of delicious flavours for R3 each. 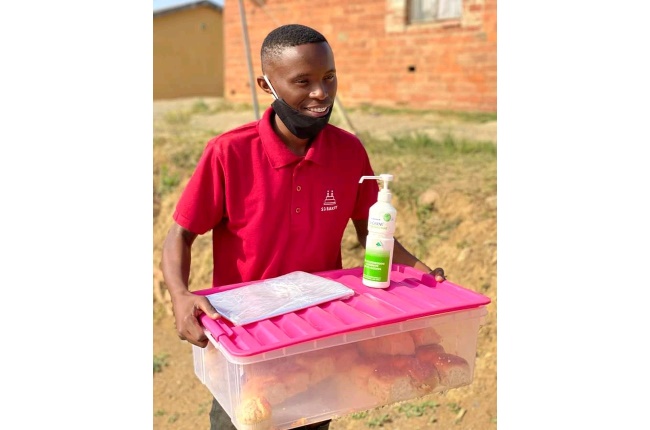 Then lockdown came and it hit their new business hard.

They had started out baking in Siyanda’s mother’s kitchen, then converted the garage at his mother’s house into a bakery and were providing baked goods in bulk for companies and events.

“When the business started picking up, we decide to hire more staff,” Siyanda says. “We had seven sellers that we pick up in the mornings and drop them off at different selling points. They work for us from 5am to 8am

“When lockdown came businesses were closing down so we were losing our big clients. We were only selling from home which brought very little money, and this was very frustrating.” However, instead of moping indoors and waiting for the storm to pass, the Umlazi bakery boys once again put on their thinking caps to revive the business.

“There is a guy who lives near me who works at a supermarket bakery, and I decided to ask him if he would teach me how they make their bread, and he agreed.”

In May Siyanda and Mbonisi launched their mobile shop, SG Bakery.

Every morning their van drives through the township with a loudspeaker inviting residents to buy freshly baked bread for R10 a loaf.

SG Bakery produces 120 loaves of bread daily. “It’s been three months now, but we have managed to make over 5 000 loaves since we started in May,” Siyanda says. Their parents couldn’t be prouder of them, he adds.

They started out in an ordinary kitchen and have now rented a larger premise for their growing business, and they’re on the look-out for an even bigger space.

“Our parents used to complain when we busy in the kitchen but now, they feel blessed and proud that they were able to help us out start up our business and witness it grow from strength to strength.”

They’re now employing 12 people, which includes a bookkeeper as well as extra staff to handle the production process.

“We never imagined that this business could grow to be what it is today,” Siyanda says. “For us, it started off as a hustle business, but we grew to enjoy what we do, and we are so grateful for the amazing support from our community. Siyanda says.