Intle Nqayi was born with a rare condition where her eyelids don’t develop and skin grows from the forehead to the cheeks. (Photo: Supplied)

She’s gone under the knife several times – yet despite the best efforts of medical experts, Intle Nqayi cannot see. The young woman from Gugulethu in Cape Town, has been blind since birth.

Intle (21) was born without eyelids – now she desperately wants surgery so she can feel better about herself.

“I’d like to have more operations to build bone under my eyebrows. I’d love to have eyelashes and eyebrows,” she tells us.

Intle was born with cryptophthalmos syndrome, a rare condition where the eyelids don’t develop and skin grows from the forehead to the cheeks, covering the eyes.

Her medical journey has been well documented by YOU over the years. Her story was first published around the same time her brother, Xhantyi Nqayi, landed a role as a herd boy in the 2004 drama In My Country, the movie based on Antjie Krog’s book about the Truth and Reconciliation Commission. 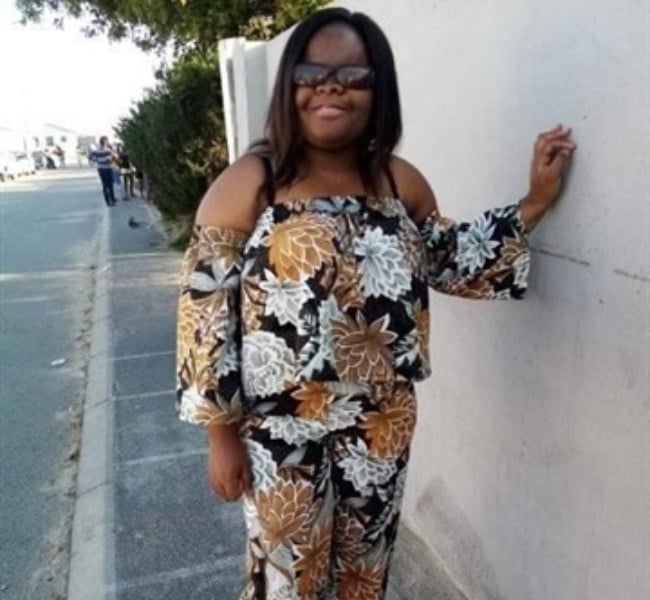 Intle is now desperate for her life-changing surgery. (Photo: Supplied)

Back then, Intle’s mom, Pamela Nqayi, believed her daughter would be able to see if the skin over her eyes were removed. Readers – some as far afield as London – were so moved by their story, they raised funds for an eye operation for the little girl.

Intle was four when she flew from Cape Town to Johannesburg for her first surgery. At the time surgeons were hopeful she’d be able to distinguish between light and dark in time, but seven surgeries later, she remains sightless. “I don’t regret any of my operations,” she says. Intle’s mom, Pamela Nqayi, was hopeful that her daughter would be able to see if the skin over her eyes were removed. (Photo: Jacques Stander) Intle was four when she underwent her first surgery. (Photo: Supplied)

“I know my mom so much wanted me to have sight, but I’ve made peace it.”

By cutting open the skin over her eyes, surgeons were able to build eyelids using mucus from her mouth. But Intle will need more surgery to open her eyelids more and build the bone under her eyebrows. “I’ll never be able to see, but I can look more human,” she says.