Biker killed in crash two hours after popping the question 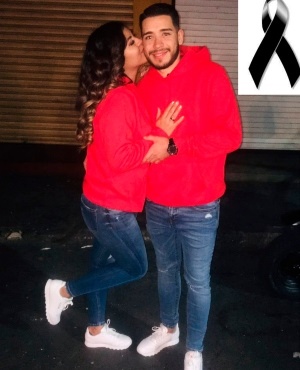 A young man tragically died in a motorbike accident just two hours after popping the question to his girlfriend.

Jorge Corona (20) from Guadalajara in western Mexico and his fiancée Montserrat Rodriguez Ledezma had been together for six months and were planning to get married this month.

He reportedly proposed on Christmas Eve – just one day after his 20th birthday.

Two hours later, while riding his motorbike in the Aldama Tetlan area of the city, he crashed into another biker, according to local media.

Jorge died on the scene and the other motorcyclist has since succumbed to his injuries as well.

Hours after the crash Montserrat posted a touching message on Facebook and shared pictures of the romantic proposal.

“It was the best day of my life. The love of my life proposed to me but in just seconds, minutes or hours, everything changed. Thanks for being always with me until the end,” she wrote. “Destiny is cruel, it took away a wonderful guy, a good son, a loving brother, an excellent boyfriend and a good friend,” Montserrat added.

“I love you with all my heart. Thanks for making me feel my best and always being with me for everything. I love you for proposing to me and at the same time, leaving. I love you.”