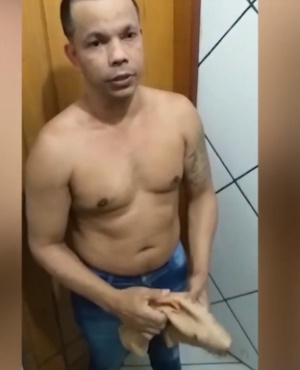 The Brazilian gang leader caught trying to escape disguised as his teenage daughter has died.

Clauvino Silva was found dead three days after his bizarre attempt to break out of jail failed, Metro UK reports.

It appears the 42-year-old hanged himself with a sheet, according to Rio de Janeiro prison authorities. They’ve opened an investigation into his death, NBC news reports.

Silva was the leader of one of the most powerful criminal organisations in Brazil and was caught over the weekend trying to pass as his 19-year-old daughter who was visiting him that day.

Officials said he’d reached the prison’s exit doors but his nervousness caught the security guards’ attention, npr.org reports. The video of his disguise being removed by prison guards then went viral.

After the failed escape, Silva was transferred to a maximum-security prison where he was set to face disciplinary sanctions.

His daughter and seven other visitors were detained over the foiled breakout.