It enrages her to think her darling's innocent childhood is now marred by nights of anxious sweats, nightmares, stress and trauma that just won't go away.

Angeline de Jager (25) is the mother of six-year-old Amy'Leigh who was kidnapped earlier this month from outside Laerskool Kollegepark in Vanderbijlpark, Gauteng.

When an attorney argued in court the previous week that the accused in the kidnapping case should be granted bail because Amy'Leigh wasn't harmed, she wanted to scream that nothing could be further from the truth.

Her once bright little girl was diagnosed with stomach ulcers, the mother of two tells YOU exclusively.

And this condition, doctors say, is a direct result of the anxiety and trauma Amy'Leigh had been put through.

"Our hearts are broken," Angeline says.

"We took Amy'Leigh to the doctor because she was chronically complaining of intense tummy ache and nausea. The doctor told us she has stomach ulcers caused by all the trauma. It's horrible – she's only six years old and now has to deal with all of this." 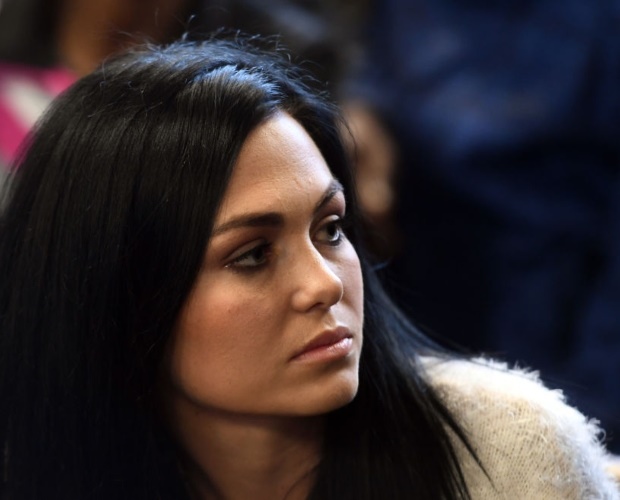 "People often tell me and [Amy'Leigh's father] Wynand that the nightmares will get better and that it'll eventually stop. But I'm dead serious when I say it's getting worse. She often dreams of things that happened in those 19 hours [she was held captive].

"At first, she dreamt a lot about the people who'd been involved in the kidnapping. Now, she dreams about the places – where she was taken and held hostage. Small things trigger her, such as a specific smell that reminds her of someone (one of the kidnappers)."

Amy'Leigh and her brother Jayden (5) are still in therapy to help them deal with the trauma.

"To us, the worst is sitting in court and having to hear that Amy'Leigh is OK. It drives me nuts because it's not true. She might not have any physical or obvious scars but that doesn't mean she's whole. It's not OK that my little girl's joy was stolen from her and that she now lives in fear."

The couple were relieved when the fourth suspect, Bofokeng Molemohi (24), was finally arrested on Monday September 23.

Molemohi's first court appearance was on Wednesday in the magistrate's court in Vanderbijlpark.

He stands accused of kidnapping and extortion along with Tharina Human (27), Laetitia Nel (40) and Pieter van Zyl (50).

His next court appearance is scheduled for October 2 to give the State the time to verify his residential address.

Angeline says she and Wynand are grateful that all four suspects are behind bars because it's especially comforting to Amy'Leigh.

"We don't lie to our children – it's our duty as parents to be completely honest. But now three of the accused are reapplying for bail and suddenly you child wants to know: 'But won't they come back?' Won't they steal her again?

"Just like us, Amy'Leigh is hoping they stay behind bars. That's the only way she feels safe."

Despite everything, she admires her six-year-old daughter's strength throughout the ordeal, Angeline says.

"She's a step ahead of me, I'll admit. She says she's forgiven them because that's what Jesus wants her to do. But she's still angry and that's completely understandable. We're angry too – but we haven't been able to forgive yet.

"How do you forgive when you’re sitting so close to these people in court who very nearly destroyed your entire life? I don't know . . . I'm trying to understand how they could get themselves to go that far. They're parents too. And Amy'Leigh had loved Tharina so much.

"To sit there in court and see them cry or laugh or grin or something, means nothing. They felt nothing for my child when they took her. And that's why I'm not sure I can ever forgive."

We live in a world where facts and fiction get blurred
In times of uncertainty you need journalism you can trust. For only R75 per month, you have access to a world of in-depth analyses, investigative journalism, top opinions and a range of features. Journalism strengthens democracy. Invest in the future today.
Subscribe to News24
Next on You
Top cop Catherine Tladi: how I helped put Tshwane's serial rapist away for 1 000 years

Read more on:
kidnapping
LATEST YOU