Experts say #WhatsAppStokvel has elements of pyramid scheme: ‘It’s not an investment, it’s a scam’ 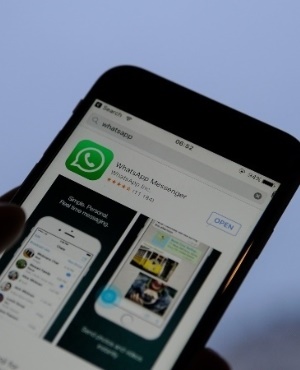 Is the #WhatsAppStokvel a scam?

Many on social media have been flaunting their newfound “wealth”, claiming they’ve made thousands of rands from their WhatsApp stokvels.

“The lady that recruited me and my friends into this #whatsappstokvel thing has made 29k guys,” one Twitter user said. “She drives a Ford ranger and has paid for her car instalments two months in advance.

Although some people have reaped the benefits of the WhatsApp stokvel, others have not been so lucky.

“I joined the #WhatsAppStokvel, I paid R200 and I was blocked,” another user said.

But how does it work? Many have claimed it’s easy as pie to join and reap the rewards. You join a WhatsApp group, pay R200 and your name gets added to a list.

You then recruit as many people as you can and climb to the top of the list as more people join.

An amount of R1 200 is later deposited into the account of the person who’s at the top of the list and participants are then encouraged to rejoin.

She believes in it so much that she’s already recruited seven people.

“You pay the person who’s number one on the list and that money goes into that person’s account directly.”

The earnings are R750 and the person keeps the R600 and then reinvests the R150.

“So, you’re recycling your money,” she added.

The reason they encourage people to rejoin is that it shows that you’re loyal. “You can’t just take people’s money and leave,” she adds.

“You need to work for your money and so that people can move up and also get your chance.”

Portia says a friend of hers has already been paid three times within four days.

“When the number gets to about 21, we split members into three groups so that everyone gets a chance to be number one, it makes the process quicker.”

Experts have warned that this stokvel has elements of a pyramid scheme but Portia disagrees.

“I don’t care about losing the money, it’s just R150. I joined with an open mind that I might lose my money because it’s like gambling,” Portia says.

“Yes, people can be bad,” she admits. “But the trick is to join the right group. There are people who have joined the R1 000 stokvel.”

Financial advisor Warren Ingram says, according to lexico.com, a pyramid scheme is defined as, “a form of investment (illegal in the UK and elsewhere) in which each paying participant recruits two further participants, with returns being given to early participants using money contributed by later ones”.

“The problem with the WhatsApp stokvel is what happens when people who get paid out decide not to rejoin again? It would mean that people who paid last might lose all their money and that’s what happens in a pyramid scheme,” Warren says.

And while the intentions of this stokvel might be good, the dangers are the same as any pyramid scheme, Warren tells YOU.

He says great stokvels work well because the members know each other and hold one another responsible.

“Bad stokvels are those where members don’t know each other and therefore don’t feel responsible for each other.

“Personally I’d avoid this WhatsApp stokvel and rather start my own one with family and friends who I know and trust,” he says.

Investor and trader Simon Brown says if your profit is dependent on recruiting more people who must pay in, then this isn’t an investment, it’s a pyramid scheme.

“A real investment requires no recruiting and no pay-in from others in order to succeed.”

He says the long-term average returns from the stock market are around 12% a year with some bank accounts also offering about the same or a little less.

Anything offering more than that level of return has to be viewed as either extremely high risk or a scam, Simon explains.

“A six-fold return on your R200 in a matter of hours or days is not an investment, it’s a scam. And while it can run for a while and early adopters will make money, they’re doing so from a scam and eventually, it has to end in tears as one runs out of new recruits to bring more money into the scam,” he says.

“When Old Mutual and all these financial institutions started, nobody said it was a scam,” Portia tells YOU, adding that she’s still a member of the stokvel.

We live in a world where facts and fiction get blurred
In times of uncertainty you need journalism you can trust. For only R75 per month, you have access to a world of in-depth analyses, investigative journalism, top opinions and a range of features. Journalism strengthens democracy. Invest in the future today.
Subscribe to News24
Related Links
"I'm debt free and save 75% of my income - this is how I did it”
Women share the worst financial mistakes they made in their 20s so you don't have to
9 steps you can take when you can't afford your debt
Next on You
‘I watched my baby fly from the building’ – traumatised Durban mom relives fire horror

Read more on:
whatsapp
LATEST YOU