Former SANDF member on what Youth Day means to him: ‘We need to do more as a country’ On 16 June 1976, Zakhele “Zakes” Masegela-Manyoni was just a grade 12 student actively involved in the South African Students Organisation (Saso) which planned the events of that fateful day in Soweto.

“We had scheduled to meet near Orlando Stadium, close to Phefeni which is now the old Home Affairs office. Just like any other organisation those days, we knew that there were traitors amongst us who worked as police informants and that the police would eventually find out about our plans.

“However the looting of shops, damaging of property and killing of students was never anticipated. What was supposed to be a peaceful students’ protest for a common cause against the enforcement of Bantu Education turned into a tragic day that will forever mark June 16,” he tells.

Zakhele is now 64 years old and enjoying his fourth year of retirement after serving for the South African National Defense Force (SANDF) for 22 years. His wife is still employed and works in the Human Resource department at the military hospital, while his eldest son works in the navy.

“I spent half of my life serving in the struggle and the other half working in the air force. I don’t feel like my family is any different from yours or any other. We just happened to choose a similar path but have never influenced each other’s careers choices,” Zakhele enthuses.

"Not much has changed really since apartheid because the white man is still in power and the black majority are still oppressed."
Zakhele “Zakes” Masegela-Manyoni

These days Zakhele is an active ANC member who coordinates events such as the #NotInMyName movement, which tackles issues of gender-based violence in the country.

“We need to do more as a country and the youth has to do more. It’s time for change and this change doesn’t need to come from any political leader or party. But just ordinary civilians taking the lead for real change to happen,” he affirms.

Each year during June 16, Zakhele and his former comrades either take the trip to Morris Isaacson High School in Jabavu, Soweto to reflect on the events of that historic day or rather spend the day in their respective homes, taking a moment to mourn those who lost their lives.

“These days you find people in their forties wearing their children’s uniform and young people drinking and having celebrations on the day. June 16 wasn’t meant for booze. It’s a day of mourning and not for celebration like it’s Christmas! he exclaims.

As Zakhele reflects back on life during apartheid and the recent events in America regarding George Floyd’s death, he sighs in great despair.

“Not much has changed really since apartheid because the white man is still in power and the black majority are still oppressed,” he says.

“Things have always been swept under the carpet and it’s about time that someone lifts this carpet and fixes everything.” 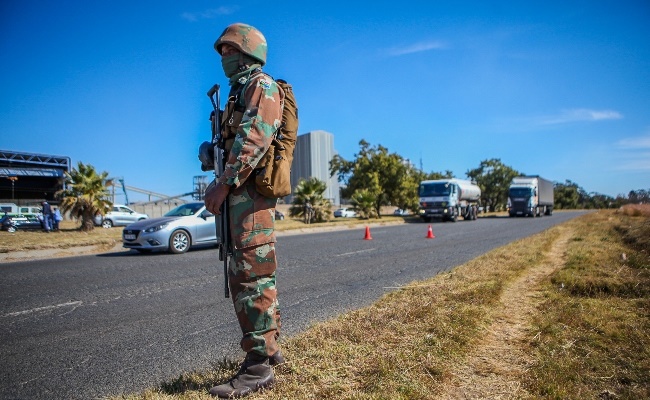 As the country celebrates Youth Day during the coronavirus pandemic, Zakhele is deeply worried about how young people are conducting themselves during this crisis as well as the great lengths that the country is taking for citizens to comply with lockdown regulations.

“The youth does not believe that this coronavirus exists and don’t see anything wrong with their actions. This is why we need such enforcements" he says.

However, as a former SANDF member he insists that the coronavirus shouldn’t be handled by the SANDF. He insists that Bheki Cele, minister of police and the South African Police Service (SAPS) should be the one to intervene and assist during this crisis.

“The state shouldn’t be sending the SANDF. They’re meant to prevent war and issues related to the protection of our citizens against possible threats from other countries,” he says.

“However our doctors, nurses and young people should heed the call to serve their country right now more than ever before,” he concludes.