Grandfather who ‘accidentally’ dropped grandchild from cruise ship has been charged The grandfather who allegedly dropped his 18-month-old granddaughter from the 11th deck of a cruise ship has been charged with negligent homicide.

The tragedy, which occurred when the Royal Caribbean’s Freedom of the Seas ship, docked in Puerto Rico in July, sent shockwaves around the world.

The man at the centre of it, Salvatore “Sam” Anello, said he’d been holding his granddaughter, Chloe Wiegand, up to what he called a wall of windows in the children’s play area to let her bang on the glass – something she loved to do.

However she fell out due to a window being open which he says he was unaware of. As she fell to the dock below, bystanders says she let out a blood curdling scream.

Lawyers representing the family in a civil case against the cruise liner say it was clearly a tragic accident and that the family’s goal remains for something such as this to never happen again.

“Had the cruise line simply followed proper safety guidelines for windows, this accident likely would never have happened.” 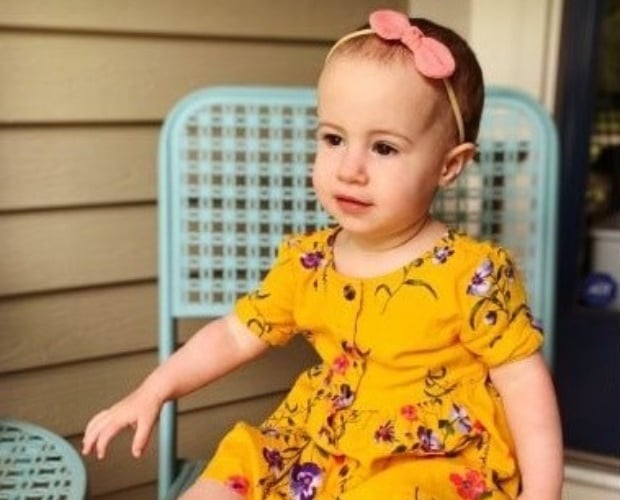 Days after the accident Chloe’s father, Alan, and her mother, Kimberly, from Indiana in the US, told the Today Show that they don’t blame Sam for their daughter’s death.

They blame the cruise liner for leaving the window open inexplicably and their explanation – that it was open for “ventilation”– isn’t good enough.

“There are a million things that could’ve been done to make that safer. Why on earth is a window open on the 11th floor without a screen or anything? Their answer was ‘We need ventilation’. Well, to that I say, ‘Get a fan’,” says Kimberly.

“He was extremely hysterical. The thing he repeatedly told us was, I believed there was glass. He would cry, over and over.”

“At no point ever, ever, has Sam put our kids in any danger,” Kimberly says. “You can barely look at him without him crying. She [Chloe] was his best friend.”