Authorities were alerted by a witness that a woman was spotted on the roof of a tall building. (Photo: ASIA WIRE/MAGAZINEFEATURES.CO.ZA).

Footage has gone viral of police officers heroically rescuing a woman hanging from an 18-storey building.

According to local authorities in South China, where the incident took place, they were alerted by a witness that a woman was spotted on the roof of a tall building.

With paramedics and the fire service standing by, officers were sent to talk with the woman who they say appeared ready to plunge off the roof.

Footage shows her grabbing hold of a thin railing with either hand while lowering herself over the edge, with officers rushing up to save her.

In the heart-stopping video, the woman’s body dangles over the edge of the high-rise before she’s pulled back to safety.

It’s reported that the incident happened after the woman had an argument with her family.

The matter is being investigated. 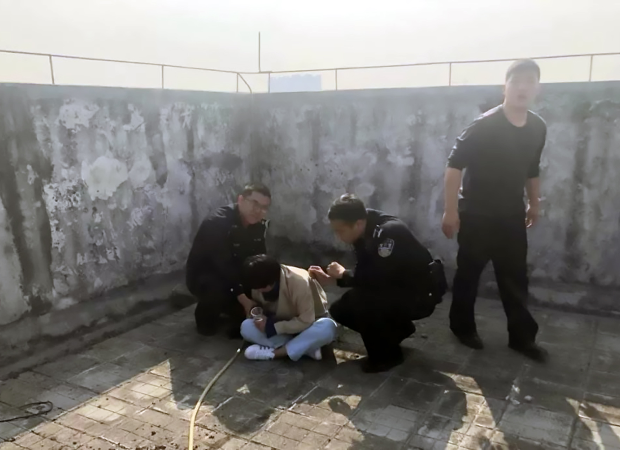