A video made of the man saving the feline went viral on social media (Photo: ASIA WIRE/MAGAZINEFEATURES.CO.ZA).

A passer-by risked his life to rescue a cat that was trapped on a ledge for two days.

The incident took place on a bridge in Saint Petersburg, Russia. A video made of the man saving the feline went viral on social media. He’s since only been identified as Veliky.

In the footage the brave volunteer secured himself to the railings with rope before venturing over the side of the bridge.

He then lowered himself onto the ledge where the cat was trapped and he proceeded by gently patting the cat.

With the cat in his reach, he grabbed it by its scruff and lifted it up to his wife who cuddled the frightened feline. 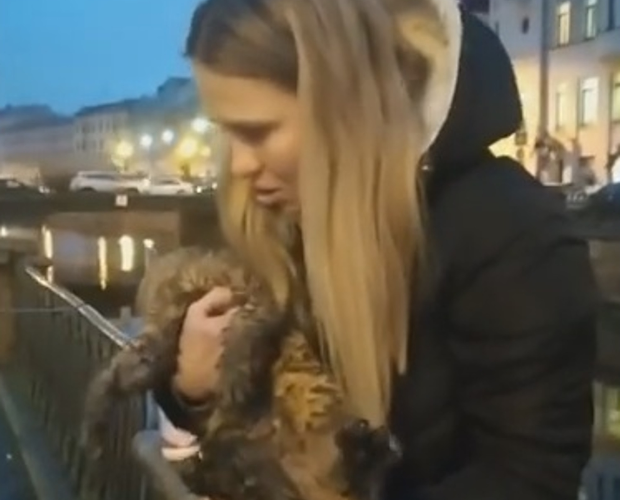 The rescued cat is doing well and will soon go up for adoption, according to reports. The successful rescue has been welcomed by all. There’ve been a few failed attempts to reach the cat after it refused to come out of a narrow nook.