Marvel at the best beards of the year The beards are larger than life and presented in several bizarre styles – stare at it long enough and it might just start growing on you.

Men – and women – gathered at the annual National Beard and Moustache Championships in the United States to battle it out in more than 50 categories.

Horn-shaped whiskers, swirly goatees and even thick bushes transformed into stars or a windmill – this year’s competition had it all.

“All of the character, designs and styles never disappoint and it’s the most fun I have all year on a photoshoot,” the competition’s official photographer, Greg Anderson, tells The Metro.

“The crazier the design the better. I love all of the outrageous styles the most, they’re kind of like my children, I can’t pick favourites.”

Some of the categories include brewer’s beard – a beard grown by a beer-maker – and veteran’s beard – a beard of a retired or discharged US service member. For the hairy, there’s the 5 O’Clock Shadow category, in which contestants are required to shave in the morning and are judged by how much facial hair has grown back by 5pm, writes Cnet.com. 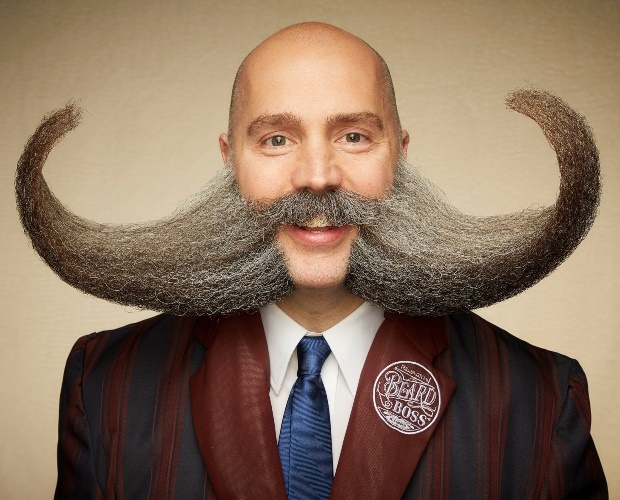 Women are also allowed to compete, and they don’t necessarily require a naturally grown beard.

“Women compete in craft-beard categories, which allows competitors to create beards out of anything they want,” explains MJ Johnson, one of the judges and organisers. “Seriously, anything. The beards are like artwork and sometimes have a theme. In the past Craft Beards have been made from bottle caps, bacon, working water fountains, Lego, yarn, metal threads.”

Some of the bushy beards taking first place in the exhibition categories (the categories that require natural tresses) are up to 60cm long. Talk about a hairy situation!

Here are some of the best looks from the competition: