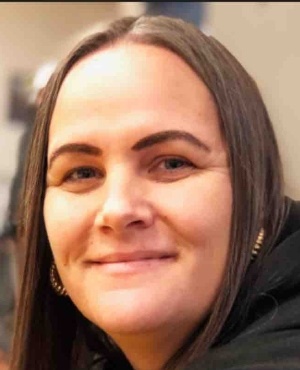 This woman has had to say goodbye to her six kids in the most heartbreaking way.

A mom in Washington was forced to say her final goodbyes to her family on a walkie talkie after she tested positive for the novel coronavirus, People reports.

Sundee Rutter had been recovering from breast cancer when she was diagnosed with Covid-19.

She was in quarantine when she died, less than two weeks after she first fell ill.

The 42-year-old’s family, including her six children, husband, sister and mom, all gathered outside her hospital ward where they spoke to her on a walkie talkie just before her passing, according to the Mirror.

“I told her I love her . . . she shouldn’t worry about the kids,” her fourth oldest child, Elijah Ross-Rutter, told Buzzfeed News.

Elijah said his mother had visited Providence Regional Medical Centre in Washington, where the first case of Covid-19 was treated.

“She thought she had the flu, probably,” he said.

“It was kind of hard for us to understand how she could get it because not that many people had it around here.” Doctors first thought she had pneumonia, but the very next day she tested positive for the virus.

Following her passing, Sundee’s eldest child, Tyree Rutter, is using donations raised on GoFundMe to secure housing for himself and his siblings.