Mother reunited with child she thought died 30 years ago Tina Bejarano was reunited with her child she thought died 30 years ago (Photo: Eric Gardere/Facebook)

This American woman was told she lost her child just moments after giving birth.

Tina Bejarano from California was 17 years old when she gave birth to her baby girl. Tina’s mom took the baby away at birth.

The next day, Tina’s mom delivered the devastating news that her child had died just 15 minutes after birth, People reports.

“The baby died 15 minutes after it was born. It never made it. It was sick,” is what Tina says her mom told her.

Over the next three decades Tina and her husband, Eric Gardere, whom she met soon after giving birth, continued to celebrate her late little girl’s birthday every year.

It wasn’t until Tina submitted her DNA to a data base which matches potential relatives that she connected with Kirstin, Daily Mail reports.

The 29-year-old – who’s now a transgender man – was adopted five days after birth was raised in Los Angeles by his adoptive parents.

In an attempt to connect with his biological mother, Kirstin emailed Tina.

“I think we need to talk; it says we’re related, and it says you’re my mom,” he wrote in the email to Tina referring to the DNA database.

The two have been in contact ever since, with Kirstin even sharing his transition journey with Tina. He also has a wife and baby, FoxNews reports. 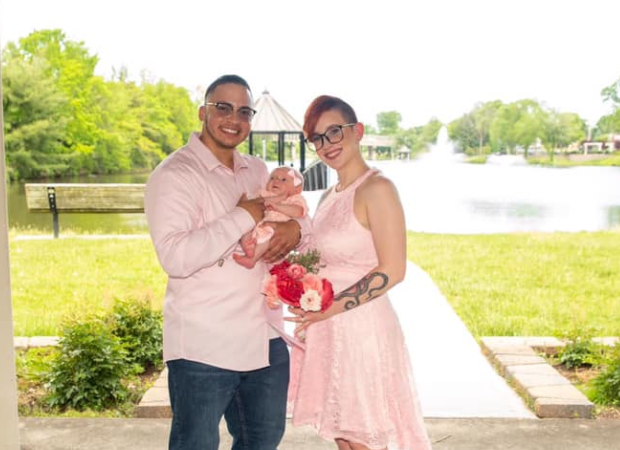 Kirstin and his wife are set to visit his mother in November for the first time in Los Banos, California.