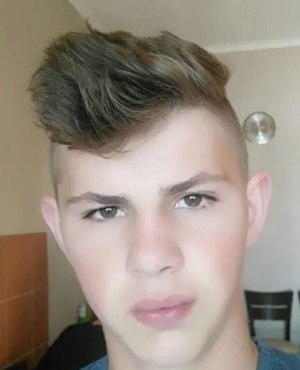 Ruben Espach (20) is in a critical condition in a hospital in the Witbank Hospital in Emalahleni, Mpumalanga, after suffering serious head injuries in a motorcycle accident.

“My child was on the ground, twitching, bleeding from his mouth and nose,” says Ruben’s mom, Trudie.

“I don’t wish that sight on any mother.”

On Saturday 9 November Ruben and a friend had been riding a dirt bike on their farm near Middelburg. The bike belongs to Ruben’s friend.

Ruben was riding the bike when it slid and he hit the ground head-first. He wasn’t wearing a helmet.

“My husband and I were on our way to help someone whose car had broken down on the Bethel road when our neighbours called to say Ruben had been badly hurt.”

The ambulance arrived within 20 minutes and took Ruben to the Middelburg Hospital. From there, he was taken to the private Life Midmed Hospital where scans were done. It showed Ruben had fractured his skull and had bleeding on the brain.

“Doctors say the skull fracture saved his life as it lessened the pressure on his brain. He could’ve been dead,” Trudie says.

Doctors told the family a brain operation would cost around R500 000. “No one has that kind of money. After the tests, the ambulance took him back to Middelburg Hospital.”

That same evening, Ruben was transferred to Witbank Hospital where he’s in a critical but stable condition.

Trudie says they’re waiting on feedback from the doctors. “They say they’ll be able to tell by Friday if they can go ahead with the surgery.”

Ruben seems to be doing okay. “He’s awake but confused. He’s not eating and is just taking fluids.”

The family doesn’t have a medical aid and a crowdfunding campaign has been started to help pay Ruben’s medical expenses. They’ve raised R11 000 so far, Trudie says. Read more on:
boy
LATEST YOU