The little boy was determined not to let the thieves escape (Photo: ASIA WIRE/MAGAZINEFEATURES.CO.ZA).

A video has gone viral of a young boy bravely fighting off carjackers to protect his mother.

In the incident, which reportedly took place in Buenos Aires, Argentina, and was captured on a security camera, the mother and son can be seen unpacking goods from their car boot outside their home.

They’re then approached by three men on foot.

In the clip, the men can be seen seizing the pair’s belongings before attempting to jump into their car.

But the little boy appeared determined not to let the thieves escape.

During the altercation the unidentified youngster can be seen defending his mom before being pushed to the ground. 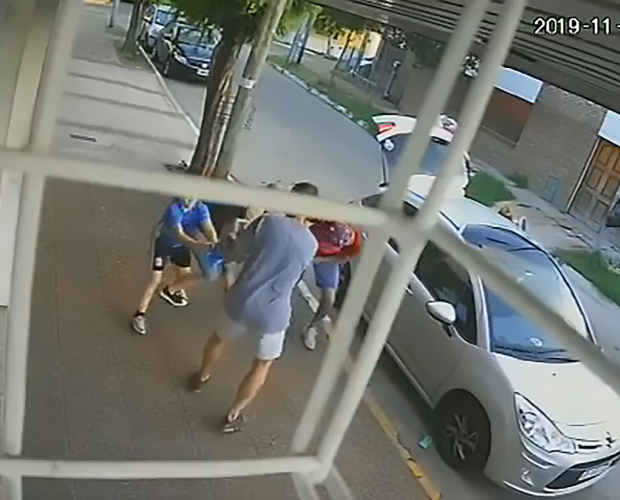 He managed to get back on his feet and fought back, kicking out at one suspect before being ushered away by his mother.

The panic-stricken woman was able to retrieve some items from her car before the men made off in the vehicle.

According to local media, the incident was reported to the police by the woman’s husband, who said the perpetrators were unarmed.